A friend has asked me to help him liquidate his collection. Today I have for sale a painted 15mm Polish army (c.1600-1648) renaissance army. These have all be professionally painted and the army comprises 12 battlegroups with a total of 126 mounted and 47 foot figures. All appear to be Essex figures.

I have grouped the units in a way that I believe makes sense for the soon-to-be-released Field of Glory Renaissance ruleset (September release). You might legitimately group the units differently. All are based on 40mm frontages and have DBR depths which, as far as I can tell, are compatible with FoG:R. 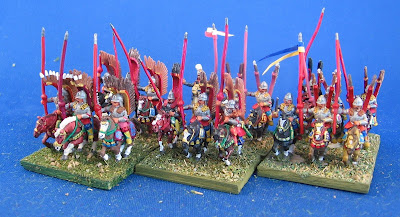 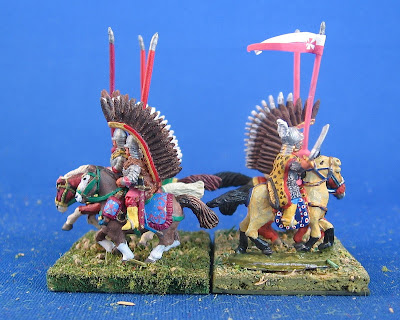 This close-up shows the detailed of the painting a bit better. 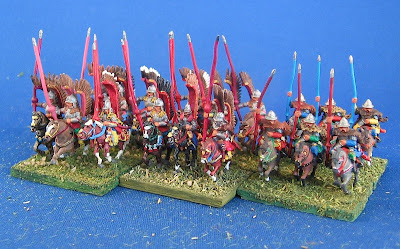 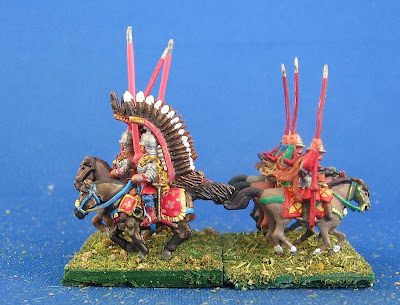 Again, a better look at the detail.

The third BG comprises 6 bases of foot (a mix of shot and pike) with 26 figures total). 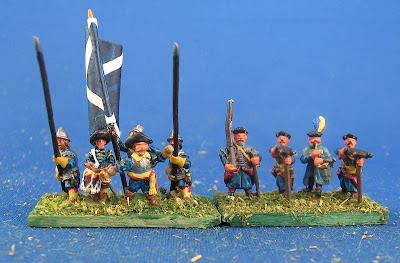 The flags are hand-painted. 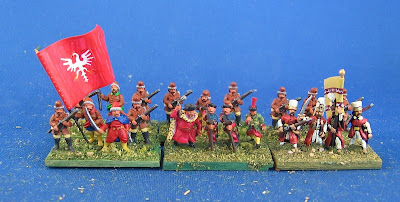 The fourth BG is again a foot unit, comprising 6 bases of musket (18 figures). 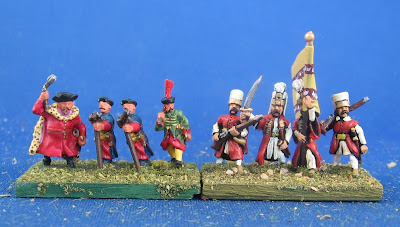 Hey, what is Henry the 8th doing here?

The fifth BG comprises 6 bases of light cavalry (who might also do as dragoons). There are 12 figures here. 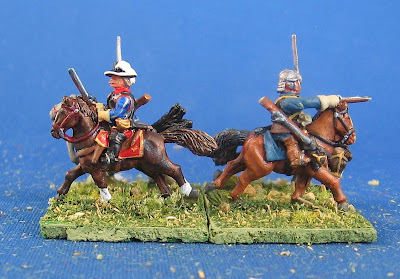 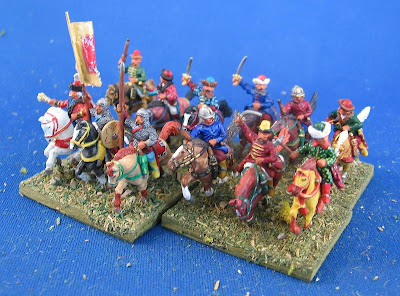 Battlegroups seven, eight, nine and ten are all four-base units of cavalry (12 figures each so 48 figures total). The picture above is BG 7. 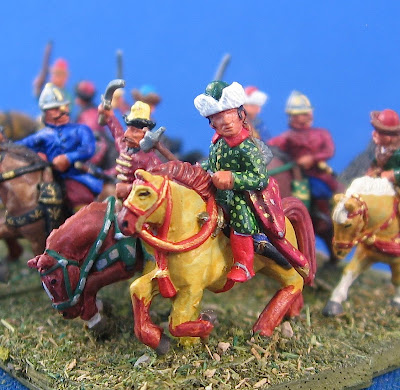 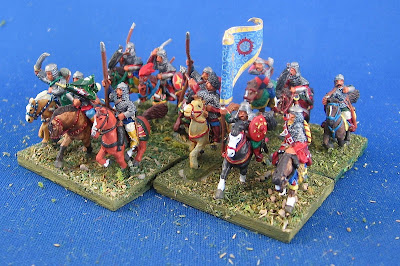 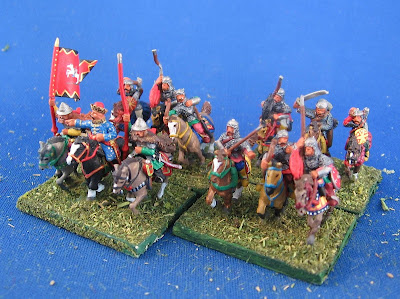 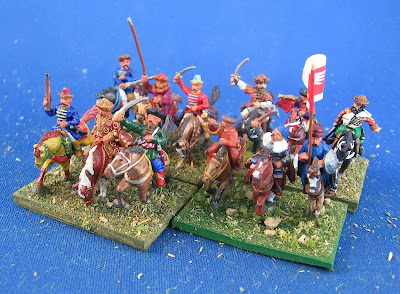 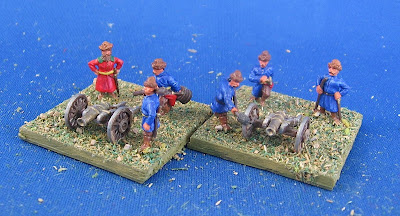 There is one BG (11) comprising two stands of cannon (six figures and two cannon total). 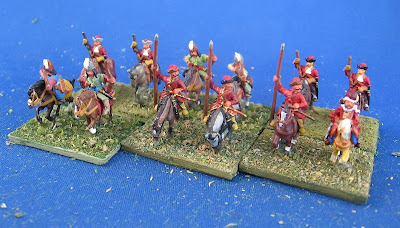 The last of the horse is in BG 12 which comprises 6 bases of light cavalry (12 figures). 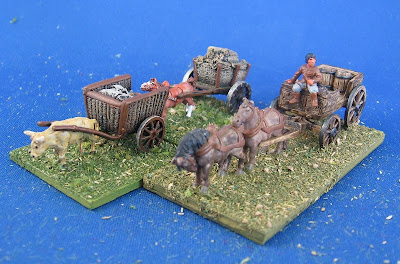 Finally, there is a wagon and two carts which would form the basis of a good camp. I will also throw in 3 foot and and 14 extra mounted (all painted as above) so you can make commander and subcommander bases.

We're asking $300 OBO (this includes shipping with insurance in Canada or the US). For shipping, each base will be bubble-wrapped and then floated in a box of peanuts. Offers to bob.barnetson@shaw.ca
at 11:16 AM