I finished up a small 15mm HoTT army (reinforcements for the purchaser as it turns out). I see the glue is still a bit wet here; such impatience! 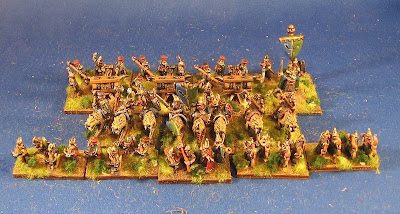 The core of the this group are three artillery units.

My favourite figure is the fellow holding the telescope in the foreground. I think these are Black Foundry miniatures. 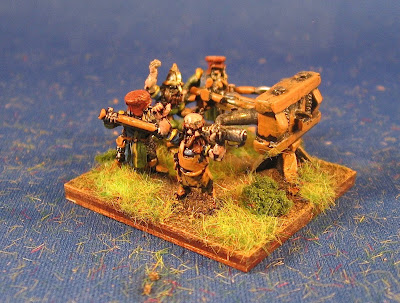 There are also three bases of mounted dwarves of sabre-tooth tigers (?). 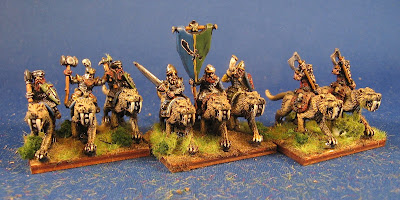 I made one of the command stands into a hero. He is standing on a hill of blue tack (my new favourite things to have on the hobby bench). 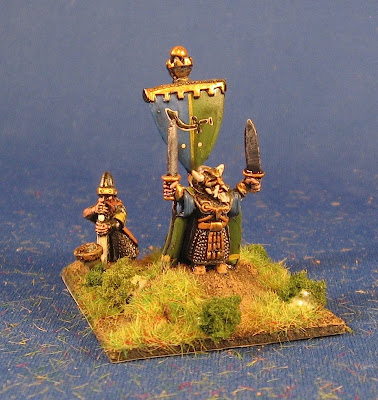 The guy on the hill is pretty cool. The hero himself looks like a professional wrestler. But I like him! 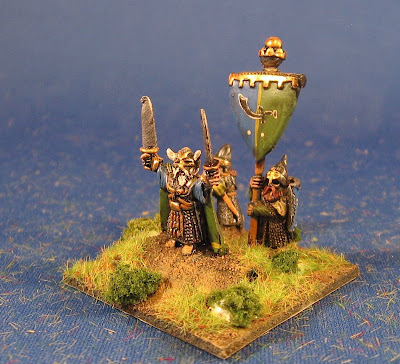 There are two bases of bow. 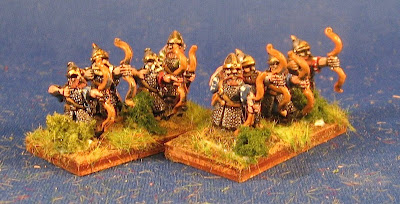 And then three bases of crossbow, including one with a command stand. All told, some nice dwarves and nicer than the ones I painted last fall.

Up next: Some DBA with Bruce tonight to get ready for the fall campaign. Plus an odd 28mm HoTT army is drying--more on that when it is posted, I had a good haul at the Red Claw bring-and-buy on Saturday! Then some more 28mm medievals, I think. Oh, and some 15mm Saxons need to be rebased.
at 1:22 PM

Very, very nice. How solid is the bluetack? I use a generic brand to put figs on the painting sticks and I find it can get quite soft.

Fairly solid. The floor tile base is sticky and then over the top there is white glue, sand, future floor wax, and more glue for the stack grass.

I think you could likely drive your thumbnail down into the "hill" if you applied a lot of pressure (judging from the few prods I gave it) but that kind of pressure is unlikely to be accidental and would likely trash the base anyhow. A freak accident (e.g., impaled on a pike) could be fixed with white glue and sand.

There is no sense the hill will come off or change shape or melt under normal use. I'm not sure I'd do this for a 25mm hill (although I did use blue tack as the core of a hill of skulls in 28mm).