FS Warbands of the Spanish Main

I've been collecting various odds and sods from club auctions over the years and am now working on clearing them off my shelves. Today I finished two groups that seem to have a Spanish Main theme. 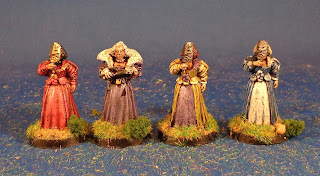 First up are the Governor's household, which includes Mrs. McGovernor and three ladies in waiting (although the one on the left is sporting a noticeable adam's apple). To defend their honor, we have three swashbuckling younger sons of the nobility. 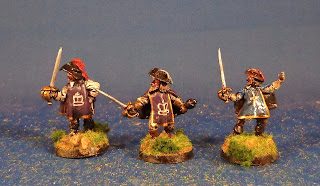 The governor seems to have settled in to the relaxed pace of things in the Caribbean. But his two lieutenants are starting to come unhinged. The fellow on the left has a peg-leg and a terrible eye infection while the guy (?) on the right must be awfully hot in that armour. 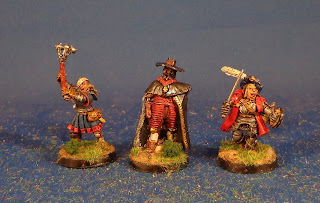 There are some scullery maids. Nice legs, shame about the face(s). 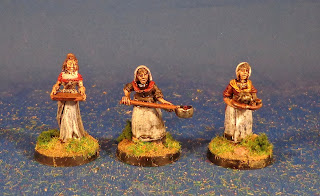 And, of course, the Spanish Inquisition. Cue tedious parroting of Monthy Python skit 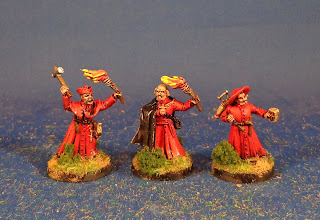 The waters of the Caribbean are not very safe and there is a nasty band of local pirates to give the Governor something to worry about. We have quite a collection of brutes and scallywags with a mixture of cutlasses and pistols. Some nice painting here, I think. 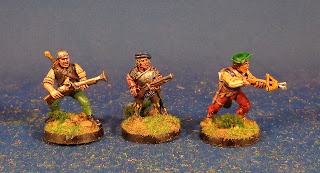