I finished the basic work on three more buildings last night as I fought with the glue on some 15mm cavalry (bad batch?). Basically I've done the build, the block painting and the wash. 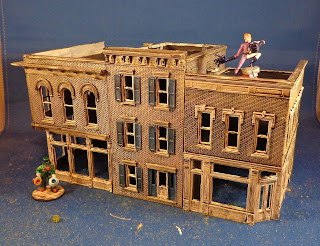 These were slightly trickier buildings as two are corner buildings with a sight angle to the doorways. And the building on the left has some (as yet incomplete) canvas awnings to attach. 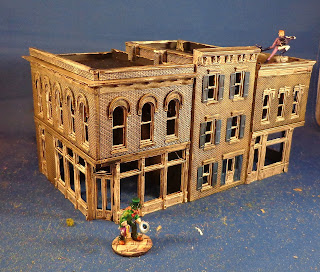 It looks to me like three buildings makes a nice-sized "block", especially if there is an alley or walkway between to the buildings. I'll get onto the window glass and decalling as I get more buildings completed.  I'll also add some detail to the roofs. I have one building being painted, three built and awaiting priming and several more sitting unbuilt. 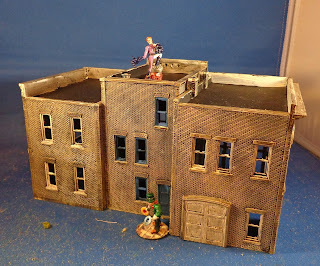 Up next: Some 15mm cavalry should be dry by tomorrow. I'm also hopeful I'll get a game in next week. And I've started painted the last batch of 15mm troops.
at 10:45 AM