With Christmas well in hand, I was downstairs painting and puttering this morning and got to thinking about when to do in 2013. First up is completing the superhero layout I've been working on. I've built seven HO-scale buildings over the past few days (about 30 minutes each) and am painting up the first four. While I managed to spray prime yesterday in -26C, the rest can wait until the weather improves--there is plenty of building to do in the meantime (more on that in a subsequent post). 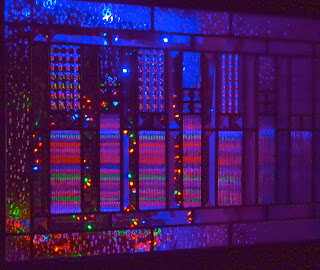 After that, I'm starting to hit the bottom of my paint pile. One project is to paint the figures that came with my various Battlelore supplements and core game. I've been mulling doing this for awhile and expect to spend much of the spring doing that. I also have a few scenics to put some paint on and a set of Mighty Empire tiles to finish the back side of. And I might put some paint on a few of the MayDay auction items I have here in order to increase their value.

My hope is to do more gaming in 2013. My daughter is now old enough to play most games that don't require a lot of strategy so maybe we'll try some Commands and Colours Ancients--I've never worked my way through the Greek and Persian Supplement so that would be a good project.

Up next: Some 15mm cavalry and being based and another set are primed for painting. I am also gluing HO-scale buildings together with wild abandon.
at 11:13 AM