We had 13 guys out at the club last night and three games ran. Carl and Dave hosted Will, Neal, Guy and Craig in a two-table Command and Colors Ancients smack down. 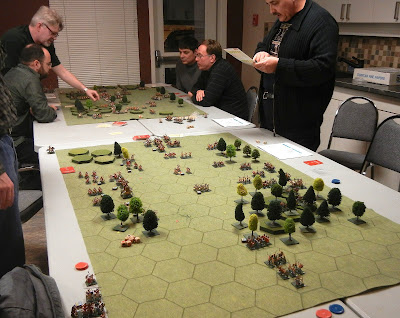 The guys used 1/72 figures from Dave and Carl's collection. I'm not sure what the scenario was but they all appeared to have a good time. 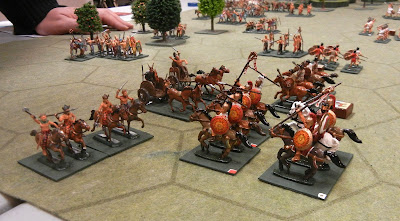 Scott hosted Mark, Terry and Chen in a game of War Rocket (or Rocketeers or something like that). Very slick set up with really nicely painted space ships. More pictures on Terry's blog. 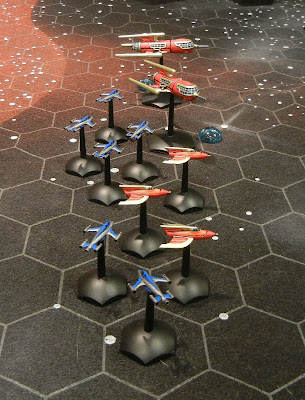 Andy hosted his first game, with Bruce, Jonathan and I reliving a 1970s UK cop drama (something about Sweeney and the flying squad). 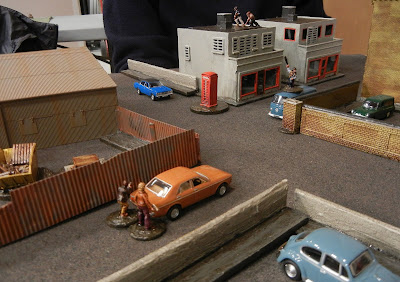 These were rules Andy modified from the web and they worked really well. You can see Husky and Starch hanging out behind their car watching the bad guys shake down a bookie operation before trying to get off the board with the loot. 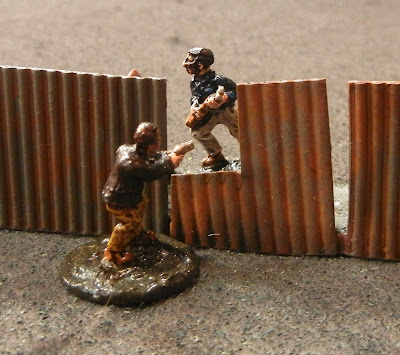 As the photo above indicates, there was a bit of cultural miscommunication as the Brit-players (raised on BBC socialist pablum) emphasized fisticuffs while Bruce and I (raised on American cop shows) thought there was no sound prettier than a chambered shotgun round and were rather liberal with the gun fire. 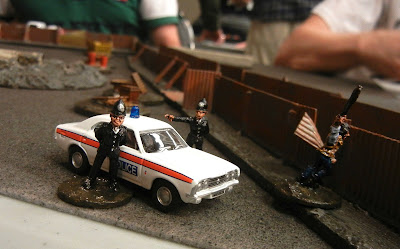 We played the game twice with an even outcome over the two games (although I think I lost both times...) and we quite enjoyed running each other down, roaring around in cars and generally aerating the scenery. 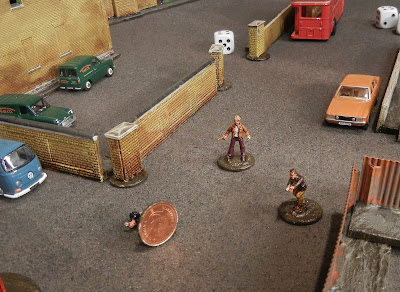 Up next: I have a bunch of Carthaginian foot that are drying. I also have a few skirmishers to supplement my republican Romans. And I have some Carthaginian mounted underway to finish out the army.
at 3:27 PM