And these are the second batch of finished Carthaginians. They are Celts (my army will be heavy with allied forces!) and are older 25mm, mono-pose sculpts. Maybe RAFM?

First up are four bases of psilio. I replaced the crappy metal spears with some plastic ones I had left over.

I also did five bases of warband/auxilia. A bit repetitive but they painted up super quick! 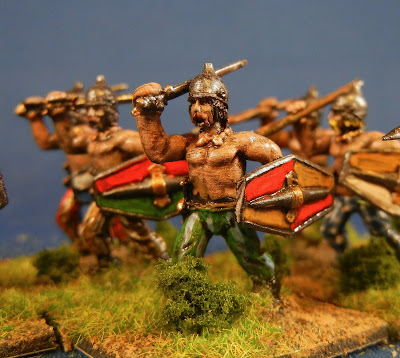 I think the figures are reasonably good. Not as nice as Old Glory but reasonably serviceable. 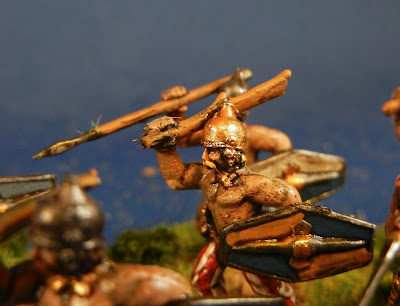 Up next: I have some 25mm spearmen (definitely RAFM) which are nicer than these Celts. The block painting is done so now I am detailing them. I hope to have them finished late Monday. There is club on Tuesday and then I'll be working on some cavalry to bolster the Carthaginian ranks if I can swing by the Sentry Box on Saturday.
at 2:56 PM