I pushed a few more Heroclix repaints through the production process last night. These are a bunch of villians. 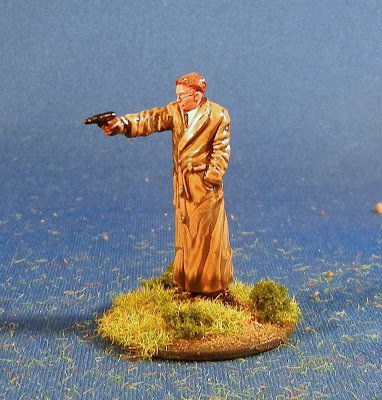 Up first is the Holiday Killer, a foe of Batman's that I'm not familiar with. I think he would also do as a generic bad guy (just a hint of gestapo about him) or even a detective. He is very tall and thin so looks a bit out of scale with the rest. I was quite happy with the repaint of his mono trench coat. 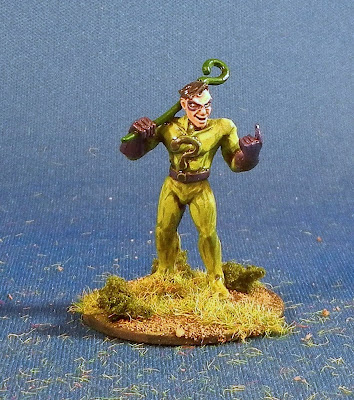 Then the Riddler. I think this is one of the better faces among the Heroclix that I have seen. 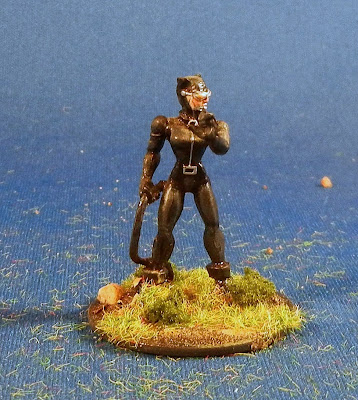 Catwoman wearing some sort of welding goggles, it appears.

Then there are these five generic figures with body armour and guns. They could be a well-turned out gang of villians. Or some special force police officers. 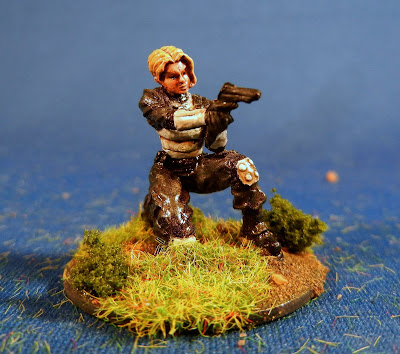 Up next: Some Star Wars snow speeders are based and drying. And a 1/72 wagon train and US command stand for the War of 1812 are being based. I have a bunch of other War of 1812 camp figures that require painting. Thereafter likely some more 1812 line troops. I just can't get motivated to deal with the 28mm Normans that are left. I also have a game of Hail Caesar Saturday night and probably will run another game at the club on T Tuesday.
at 9:00 AM