Bad weather has been keeping me out of the garden so I've been spending my lunch hours and evenings in the basement puttering. I'm making progress on a big batch of 28mm Normans. But I have been breaking things up by repainting more superheroes. 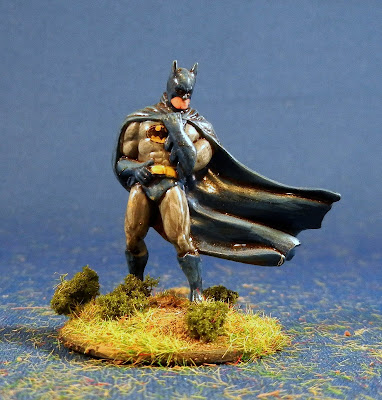 First up is a more 1980s version of Batman. I loved the Batman of this era. Not campy like in the 1970s but not yet so dark knight and Tim Burton as to be a turn off. As a hero, he is probably well suited to gaming--modest powers, a few tricks but mostly hand-to-hand combat. 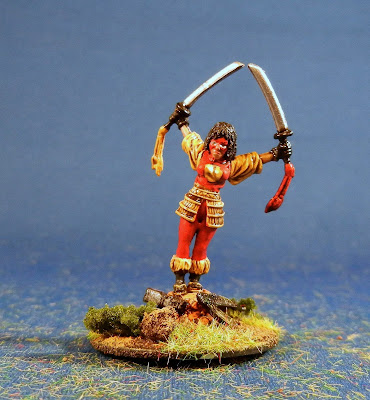 This figure is Katana, one of the original Outsiders. I've tried to follow the history of the Outsiders since I last read a comic (about 1986?) but it is too complicated to make much sense of. Not sure why the figure is tilted so much in this picture--I'd guess it is the angle I took the shot at. 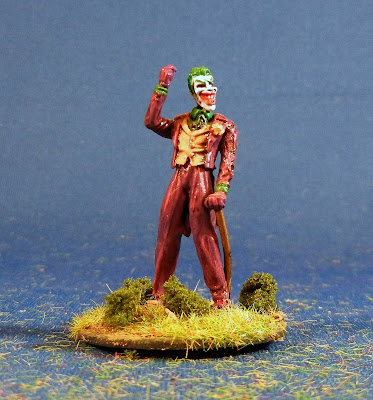 Of course we need some baddies and this Joker is a nice pose. I have a couple of different Joker figures. I'm not sure where most of these figures came from. Some are from eBay. And I got a bunch from Craig (whom I owe some painting to).

And below we have Speedy, who was a Teen Titan at one point and Green Arrow's sidekick. I've put my repaint next to the Heroclix paint to show the difference. 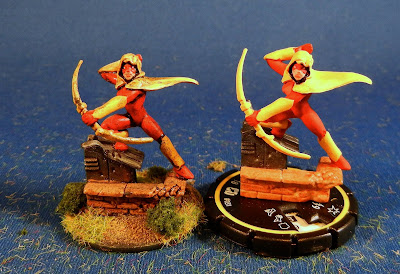 Up next: I'm a ways away from having the Normans finished--lots of figures on the go in this batch. I have a couple more superheroes I putter on when I have the right colour open in the palette. And I will run a game of Hail Caesar at the club on Tuesday. This afternoon I'm off to trade some figures!
at 8:50 AM