I'm halfway through the final batch of Greeks in a commission. These are 15mm Xyston figures. The first group are Cretan archers. There there is a group of 2Ps from Rhodes. 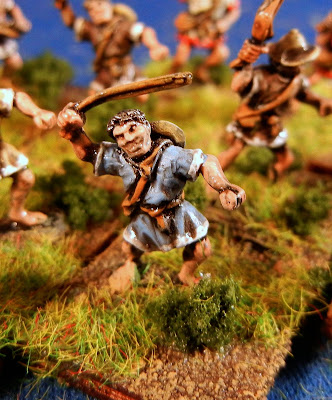 Some very nice figures that take the wash quite nicely. 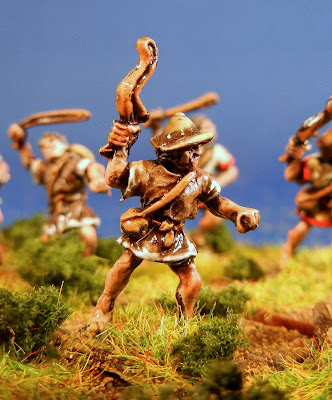 Up next: Some more Greeks are underway. But I have been experimenting with repainting some 28mm heroclix superheroes. I have three experimental pieces done--two successes and one failure. These are partly prep for the new Ganesha Power Legions rules and partly as a diversion to reinvigorate my painting.
at 9:50 AM