After a break from 1/72 plastics, I've returned to make some progress on my War of 1812 DBHx armies. The 200th anniversary of many battles is not that far off and I have a fair number of units to go.

First up are four bases of US artillery. The majority of these figures are from HaT's 1805 French Artillery box while the smaller cannon are from an Imex Alamo set. 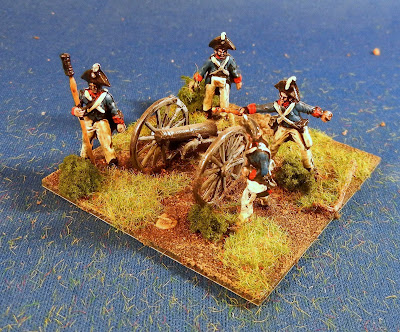 The smaller cannon went together reasonably well. There were four pieces (two wheels, chassis, barrel) and the fit was solid. The figures are all HaT. The kit is likely not correct (based on the re-enactor photos I have seen) but they will do. 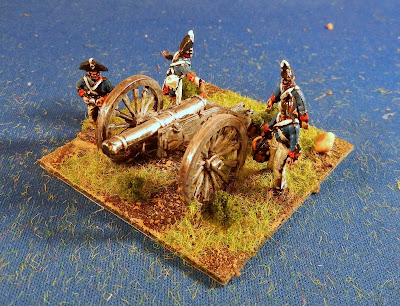 The larger cannon are from the HaT set and were a horror. They are very soft, bendy plastics and each cannon comprises 8 pieces (five for the chassis). The plastic was not reactive with regular model cement so I used the Locktite plastix glue. This holds but the plastics is so bendy that assembling the chassis causes the locktite glue to sheer away where it has bonded.

Eventually I got them to hold together, spray primed them and then reinforced the bond with a coat of Future floor wax. There was still some breakage while painting that needed to be fixed. While I don't mean to make a mountain out of a mole hill, if the purpose of a model is to be assembled, shouldn't it be manufactured in way to facilitate this?!?! That is the last box of bendy HaT figures requiring assembly that I will ever buy. 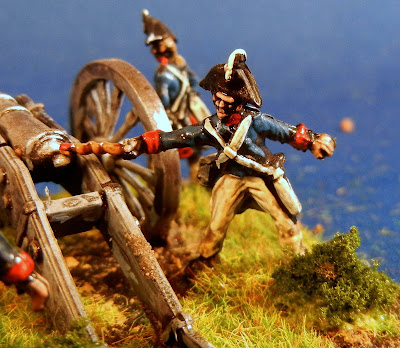 On a lighter note, the fellow lighting the fuse looks a bit like he's casting a spell with a wand. "Accio a professional officer corp!"