This week I also finished some War of 1812 British Artillery. These are mostly 1/72 Imex Alamo figures standing in for British with the larger cannon being from HaT's accursed French 1805 artillery box. 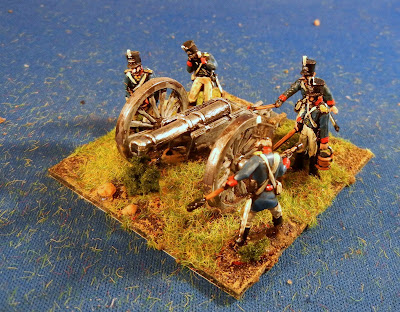 I think this is all of the artillery that I will ever use for the War of 1812 using DBHx and I'm happy to have these guys done and out of the way. 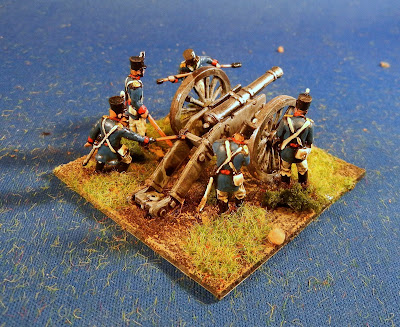 There are a few figures left over and I will be using them to create a command base for the US side (an officer is binoculars and two fellows hustling a crate of something--hooch is my guess). This is to allow us to use the mobile general optional rule. 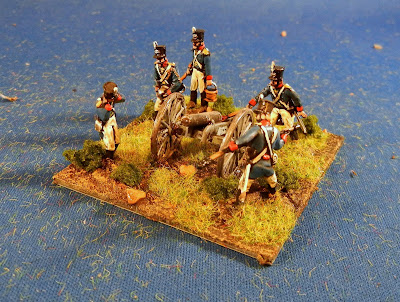 The Imex figures are pretty good. I'm not crazy about the guy with plunger, though. No positioning I could come up with really looked natural.

Up next: I have some superheroes (villains, actually) on the way and I'm painting up some tiny snow speeders after I figured out a cool way to base them. Then a camp suitable for 1812 and then perhaps back to some 28mm Normans (or maybe some more 1812 troops).
at 6:39 AM

Great looking figures and ordnance, looking forward to seeing more from this period.

Thanks. Working on a covered wagon (maybe slightly out of period)--just need to base it. And a camp (spray primered figures at lunch). Then onto some more line troops and some cavalry/dragoons.

Thanks Ray. For the effort I put in, i think they turned out okay. I'm always surprised at how simple 1/72 are to paint compared to 28mm.