While working on a large lot of 1/72 War of 1812 figures, I managed to also push through a few more super heroes. 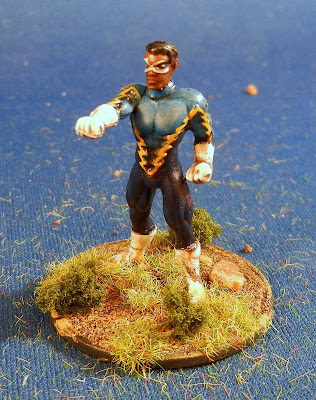 First up is Black Lightening. This appears to be a later costume, not the disco-inspired costume he wore during much of the 1980s. 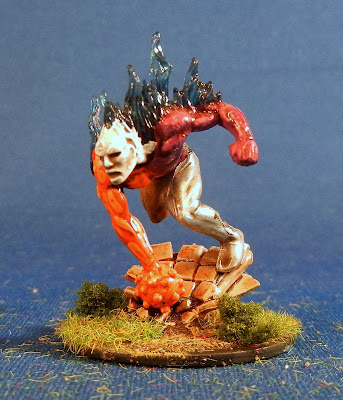 Then Metamorpho, another Outsider from the 1980s. 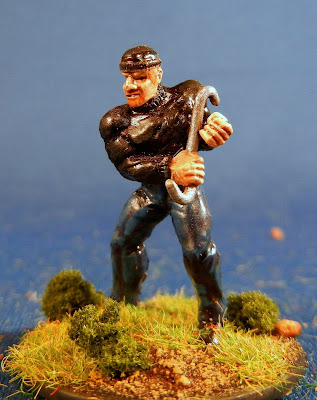 Here we have a generic thug that I painted up to look like gaming buddy Dave. 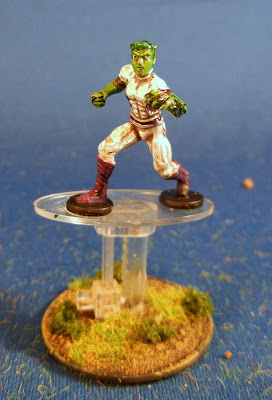 Finally we have Beast Boy/Changling. I think this costume was from before he was a Teen Titan and was a part of the Doom Patrol (amazing what sticks in my memory from 30 years ago). This figure includes a partly transforming arm as he turns from mild-mannered (albeit green) teenager to raging beast of some kind. 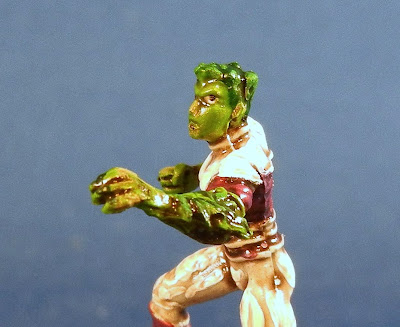 Up next: I have finished both some American and British artillery for the War of 1812. These 1/72 figures were a mix of Imex and HaT. There are some Normans waiting to be primered but I'll likely work on some 10mm snowspeeders first to finish up my daughter's Star Wars armies.
at 9:16 AM

Indeed, your thug looks the way I have felt when my general element dies on a 1:6 roll...

I was going to try and drybrush some grey into his beard but thought that beyond my technical skills! :)