I'm working on rationalizing some of my collection. I've made two big trades recently and thus have some stuff that is surplus to my needs. First up are these resin towns on four-inch hexes (side to side). 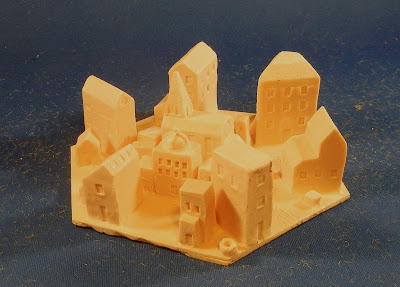 These are unpainted (although a few have a light grey primer on them) and would be suitable for the new Command and Colours Napoleonics game. They paint up reasonably well. You can see a painted one here. I have eight of these and would like $10 each plus shipping ($15 in Canada or the US for any number). These are about 6mm in scale. 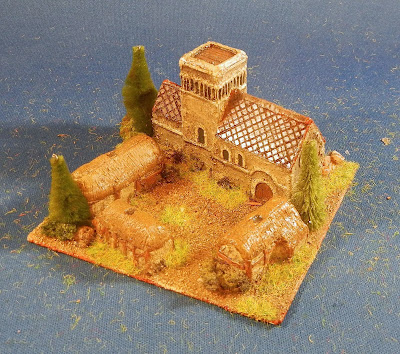 I also have some DBA camps. All are on 80x80mm bases and are 6mm in scale (although they work fine with 15mm figures). The one above I used for Normans. The buildings are resin from a line Baccus used to produce. SOLD 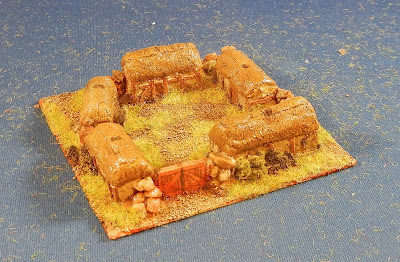 The one above I use for Saxons and has a stone wall/hut arrangement. Again Baccus buildings in resin. SOLD 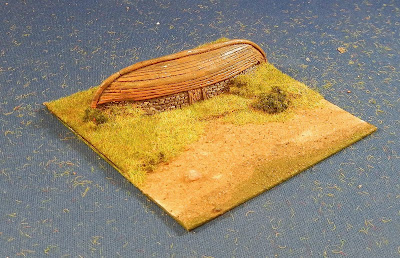 Finally there is the cool viking boat house (metal by Irregular). I'd like $15 each plus $10 for shipping (in Canada or the US). If you take all three for $50 I'll eat the shipping and I'll also thrown in the three Barker markers below: Freya by the Sea, Grendel and Beowulf, and a Norman keep. Offers to bob.barnetson@shaw.ca . SOLD