I finished off my 28mm Saxon DBA army last night. These are an addition to the huge armoured Saxon horde I finished in early February and when I get a minute I will post up an army page. 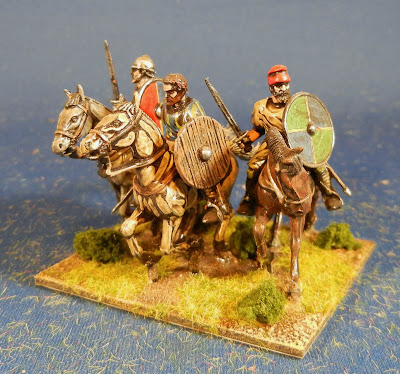 First up was a 3Cv base. These fellows are plastic Conquest Games Norman knights. I swapped the heads out for some Wargames Factory Saxon heads, used the round shield that came with the knights and chose the lighter, padded armour bodies. 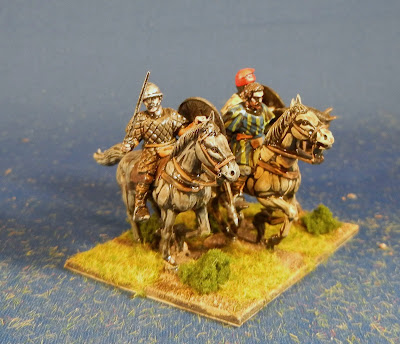 These fellows are a bit beefier than the Saxons foot I have but maybe that is because they get to ride into battle, instead of slogging it? As an aside, I'm quite chuffed to see the Norman foot that Conquest Games is promising for late summer.

I also finished two bases of 7Hd. That is a lot of painting for a quasi-useful element! These are Wargames Factory "dark ages warriors" with no mail. 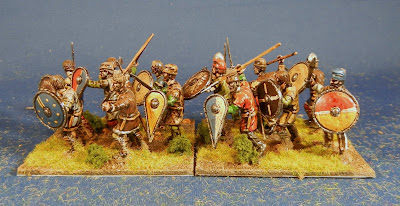 Here they have turned in unison ("right face") to show off their shields. I ended up using some kite shields from the kit which is not really accurate for the Saxons, but whatever. Maybe they plundered the dead? Finally, below I built one 2Ps base using bows-armed figures. 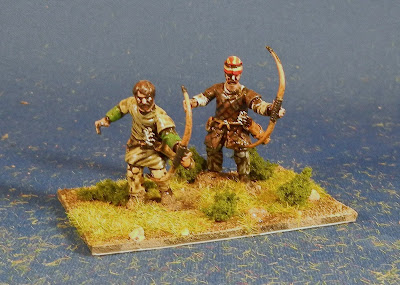 Up next: I have nearly 50 28mm vikings built, primed and with the chain and flesh done. So onto clothes. I also ran down some nice viking shield patterns. Thereafter likely some 1/72 War of 1812 figures. Then maybe back to the vikings to finish them off?
at 7:46 AM

Bob,
You have to be the most prolific painter I know! Awesome stuff. Are you still looking for 28mm Vikings?

Kevin: Yes, quantity has a quality all of its own! I'm actually good on vikings (as it turns out). One of my mega trades turned up a big lot of them--I love job lots, it is just like Christmas. I do need to nab a few Norman archers from Scott though.

Well done on the Cav conversion.