Bruce dropped by last night and I hauled out Battlelore again. I was eager to try the magical aspects of the rules. We started off with the learning scenario where we each had a single wizard and used the restricted deck. 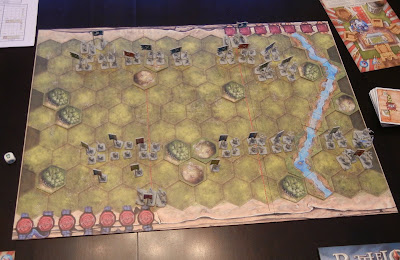 I managed to eke out a win in the first game. Hot dice trump magical cards any day! We continued to struggle a bit with telling green and blue standards apart despite different light sources. 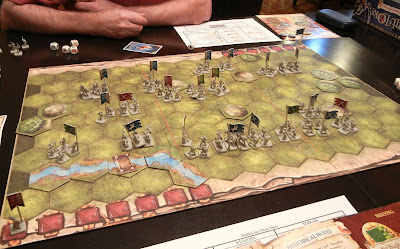 Game two saw us play with full lore councils and a pretty full deck (so to speak). Bruce put a nasty beat down on me in this game as he rushed the bridge to snag the last banner he needed to win. 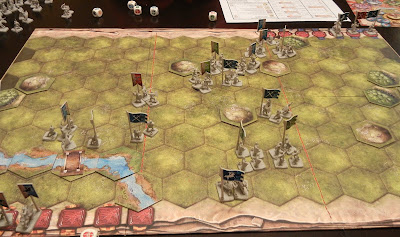 He had lore to burn in this game and I didn't have much luck using mine to any great advantage. I think the depth of the game is going to come out when we can construct our own Lore Councils. We also need to try out the Monsters feature but likely Battlelore will take a break while we try something else for a few weeks. 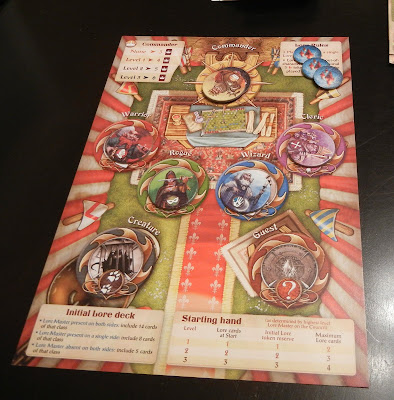 Up next: I have a 28mm Celt chariot and the remainder of my 28mm Saxon DBA army painted and dipped--I just need to find some time to base them this weekend. I have my MayDay game pretty well worked out and need to give that a playtest--maybe in mid-March. I will hunt about the basement to see what needs to get painted next.
at 6:40 AM