I completed the other half of Craig's Battle Cry game--the confederate troops. To make these fellows look different from the northern troops, I primed them grey, gave them a black wash, highlighted, details and then dripped. I'm not sure the difference in the end was all that big, but it was a bit more work than using a black primer. 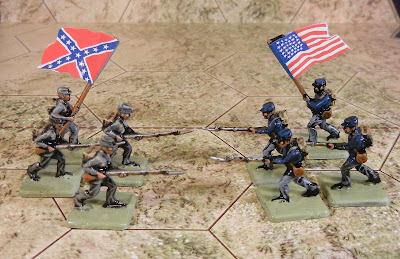 There were three cannons in the set. There are also three mounted generals (not show). The flags continue not to adhere to the figures or even to themselves (they are glue-backed). Craig will need to glue them by hand--as I don't know what kind of glue they use, I don't want to mess about. White glue with a clothes pin (to hold them while the glue sets) would likely be the easiest solution. 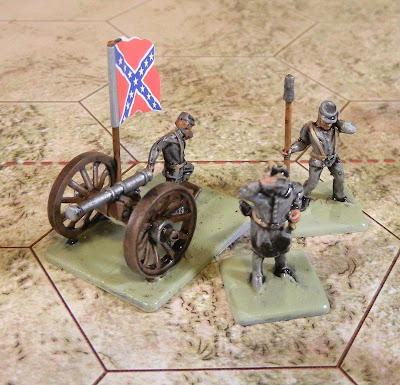 The bulk of the troops are foot, with 40 of these fellows. All of the figures are identical to the union figures. 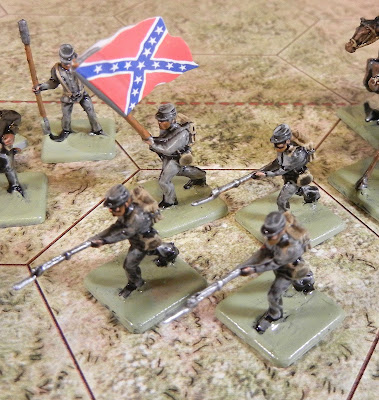 There are also nine mounted troopers. I found horses harder to do with a grey primer than a black. 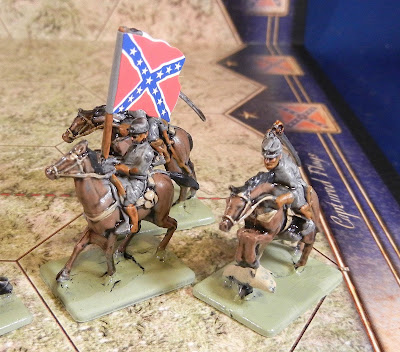 Up next: I have some Battlelore scheduled for Wednesday. In the meantime, I have a 28mm celtic chariot almost done. And I have finished building the rest of a 28mm plastic Saxon DBA army, including converting some Norman cavalry and putting together some skirmishers and hordes. I think I will paint the shields separately this time and then glue on at the end.
at 7:57 AM