Last night was club night and, at one point, the body count was 16 which is a great turn out. We also ran our annual(ish) silent auction which raised about $365 to defray gaming fees. Not only were some folks lucky enough to win bids on new gaming stuff, Jonathan was just plain lucky: 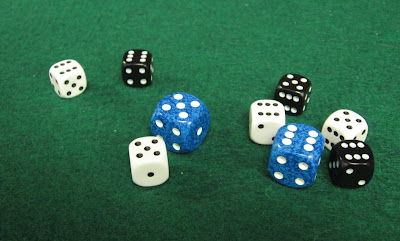 Dave hosted a game of Black Powder Napoleonics for I don't know how many guys. Eight maybe? Helluva a game to watch! All in 1/72 plastics. 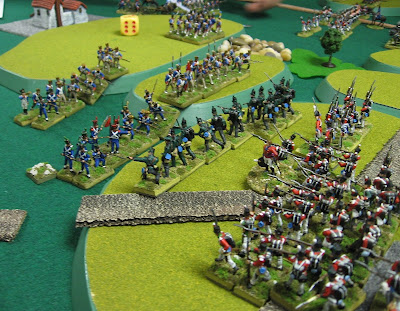 I played with Mark, Chen, Terry, and Devon in Bruce's gangster's adaptation of FUBAR. Here you can see the god guys about to get greased in game one. A dead simple system which seemed to work with no fiddling and little referencing. 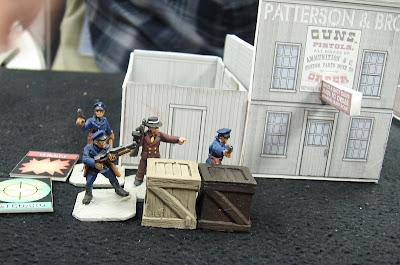 And here are the baddies who had a rougher time of things in game two. A bit of an odd level of abstraction but might feel right in WW2 with multi-figure bases in each unit and area terrain. 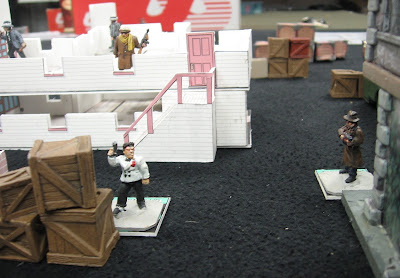 Scott and Chris played a game of Twilight Struggle. 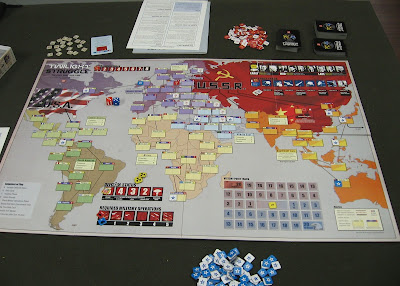 Up next: Some finished HoTT/DBA camps. And some 15mm AWI guys are on the painting table. Work will take me away the next few days so likely a larger update next week. I'm also sorting through my silent auction wins.
at 2:42 PM

Thanks for organizing the auction Bob!

Thanks for getting all of that stuff out of the basement! (Bob's wife).