I managed to finish half of a 15mm DBHx AWI army this weekend. I'll get to the other half later this week. These are 15mm figures from the Age of Reason line produced by Old Glory USA. First up is a cannon with crew. 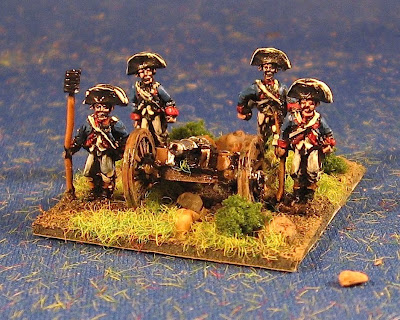 I then did six bases of continental line. The colours are a fictional and I need to find a flag for the command stand.

The quality of the figures is really quite impressive. Click on the picture below for a zoom. The faces have details more common for 25mm figures. 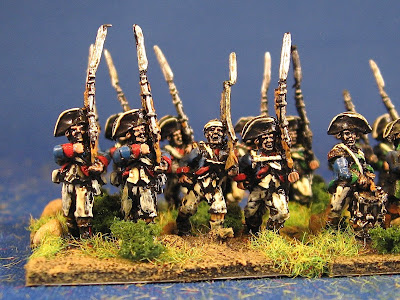 I also did four bases of state troops, again with a fictional colour scheme. 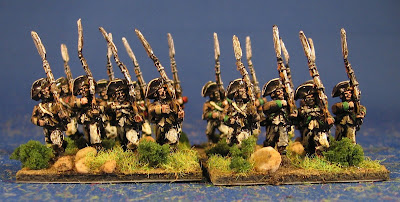 I have a bunch of dragoons, light troops and some militia to finish up. I wish I had a bit more pose variety but this was a trade and came with only the one bag of line.

Up next: Some 28mm medieval pike are drying on their bases. Then probably back to the rest of the AWI army. Then maybe back to some 28mm hand gunners for the medieval army--I'm not sure whether to use these as psiloi or base them up as units of shot for a very early DBA-RRR army.
at 5:47 PM