Finishing off a commission, I completed 12 British Light Infantry with different facing colours for each unit. 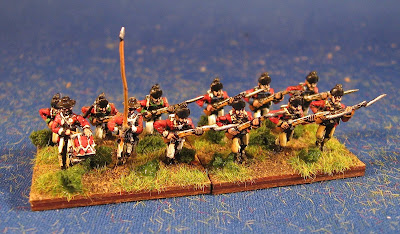 I popped these in the mail this morning. Note that the customer is supplying his own banner.

I also finished a single figure of Tarleton. 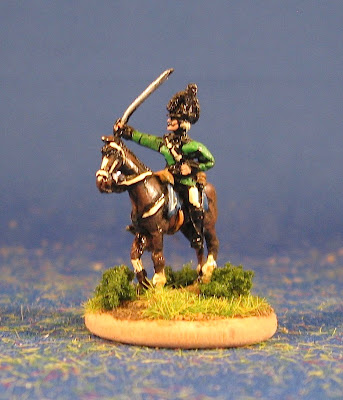 The images I found on line suggested the horse hair crest on his helmet was black. But I suppose Dale could always paint it red if he wanted some contrast. 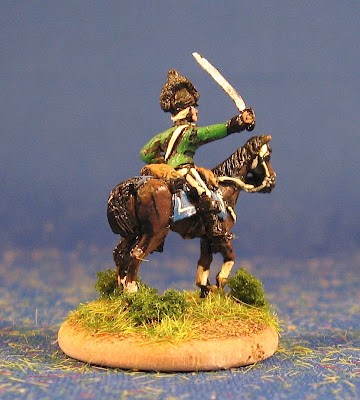 Up next: A 28mm Anglo-Saxon army is just drying now. And I should have a camp for them shortly thereafter. I've also had a couple of requests to discuss running a painting service (how do you do it, how do you price) so I might jot down some ideas on that. And club night is Tuesday and I have a spot in Bruce's gangster's game which I am quite excited about.
at 10:11 AM