We had 12 guys out last night and four games ran. Jonathan and his son played a game of DBA (of which I did not get a good picture). Craig put on Castle Ravenloft, a new board game. I believe Terry, Justin, Andy, Bruce and Chen played this one. 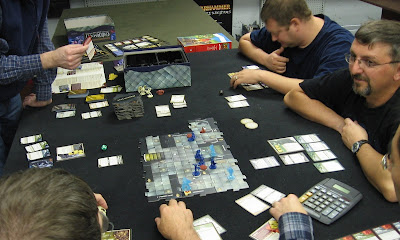 Dave and Scott played another game of Empire. 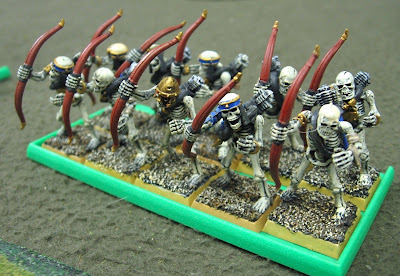 Mark let me give DBA-RRR a try using some 15mm armies he touched up with army painter and rebased. I believe we played Cossacks v Poles with the Cossacks winning 2-1 (although one game was so close it could have gone either way). The fancy cavalry in the picture below died a lot in the evening. 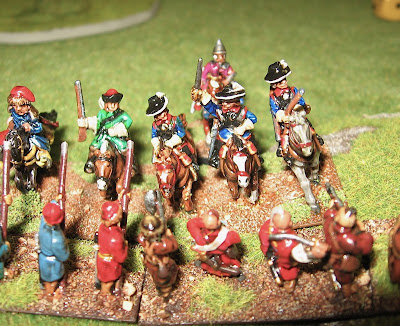 Overall, I enjoyed DBA-RRR. A few minor differences from DBHx. I can't say I know enough about the Renaissance to know if it was a good simulation. But, over the three games, my appreciation of the subtleties increased. Mark's horse were deadly against my shot until I figured out how to use pike and distance shooting to keep him off me. 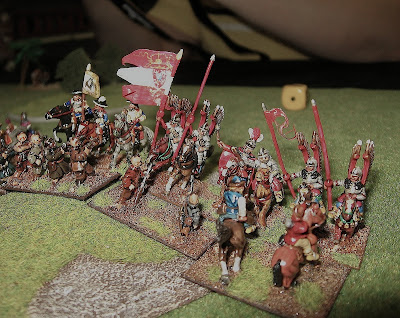 looks like a lot of fun was had all round, and i really like your blog some nice work going on here.
Cheers
Galpy

Thanks! Yes, it was fun!