These 12 fellows are HaT Prussians that I have painted up to represent British cavalry during the War of 1812. 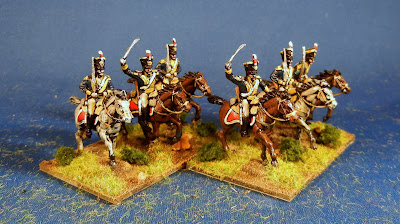 I did two bases of cavalry (3 models each). These were nice figures--well sculpted, the riders fit the horses snugly, and the detail was accessible.

I also did three bases of dragoons. You can see the carbine (or whatever they carried) below their right arm. 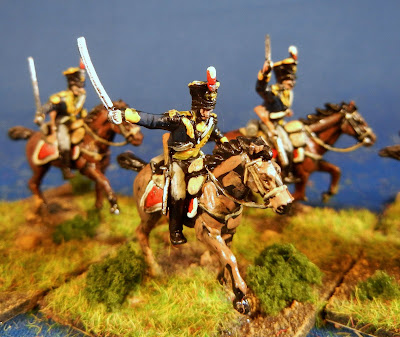 Up next: Some gaming with Bruce tonight (War of 1812, as it happens) and then some superheroes later this week. Then back to some more 1812 figures--this time more British regulars and then some American irregulars. And perhaps a British camp and a cattle drive base.
at 6:57 AM