I'm basically finished the figures I need for gaming the War of 1812 over the next three years. So now I'm just painting up various surplus 1/72 plastics that I picked up to give me some options to have multiple player games. 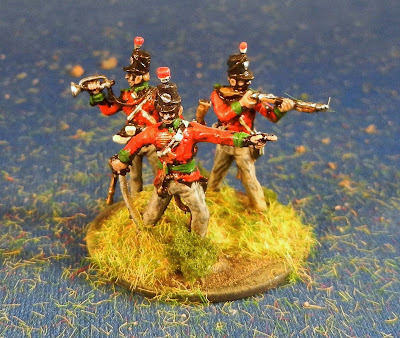 These are some Revell British rifles. I think I bought them for a specific purpose that now eludes me so I simply painted them as British regulars to flesh out the forces of his majesty.

These were nice enough figures. The soft plastic took primer and paint quite nicely and nothing flaked off during basing. 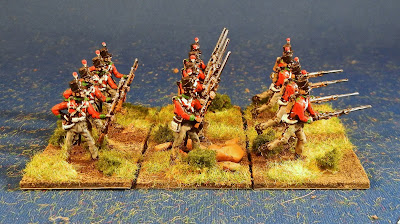 There was quite a lot of detail in the sculpt but it was shalow, so picking out straps was not as easy as with, say, HaT or Imex figures I have done.

I also raided an Imex pioneers set for some cattle. This base could be used as an objective in a game or, in a pinch, as a camp. 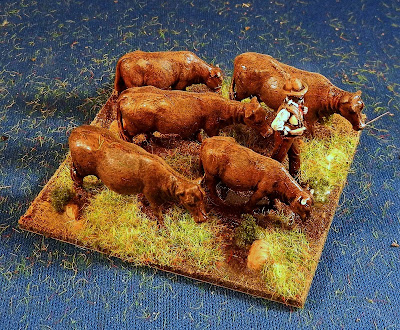 Up next: The remainder of the 1812 US troops, including some dragoons and militia. Also I have have done a nice little British camp. All of this is just being based up now. Then onto some 28mm Normans and then maybe some skaven for a HoTT army?
at 6:59 AM

Thanks. You'll love the British "camp" I just based up at lunch--also with a livestock theme.