The Price of Freedom

Bruce came over and introduced me to The Price of Freedom, a strategic game covering the ACW. Not my favourite period tactically, but an interesting strategic war. 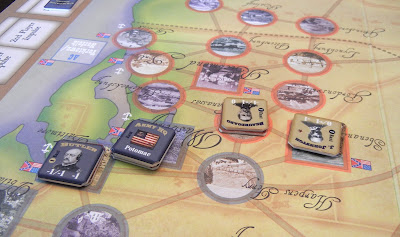 A typical card-drive game but with some interesting victory track markers that interact with the card deals and make it a tough game for the North to win (although likely also tough for the South). 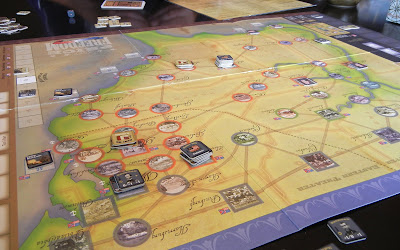 We managed to learn and play in three hours. There was much bumping around Richmond and Washington but I was successful in the west, running down the Mississippi and sealing of the Gulf Coast. By that time, the weight of the game started to tell for Bruce. But it was tight right to the end. Fun enough I'd play again! 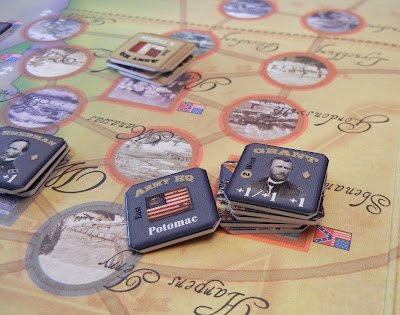 Up next: A bunch of 1/72 War of 1812 British are coming off the paint bench. I'm also hopefu lto get a game of For Honour and Glory in sometime this week. And I think we'll see some more 28mm Superhero repaints in the near future.
at 3:11 PM