I managed some additional repaints of my collection of DC Heroclix figures. 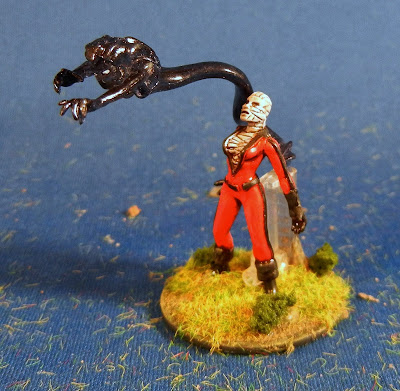 This is negative women from the Doom Patrol. The shadow part of her is actually translucent, which does not show up well in the picture. And there is more subtlety to the red than shows up here. 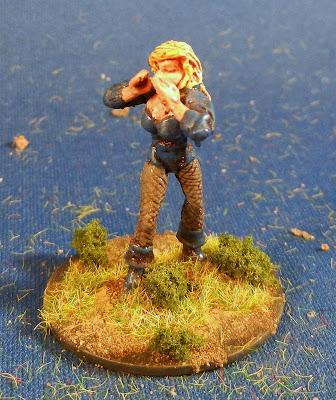 The is Black Canary, love interest of Green Arrow. I don't recall her superpower (hooking?) but maybe it had to do with her voice. 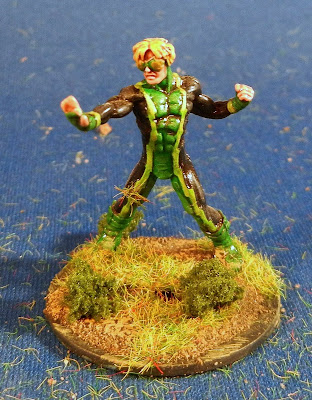 This is Inertia. I don't recall him from the comics of my childhood. He could be repainted as GeoForce. There is a fellow in the UK offering to repaint and rebase heroclix for 40 pounds each. He does nice work, but not much better than this. 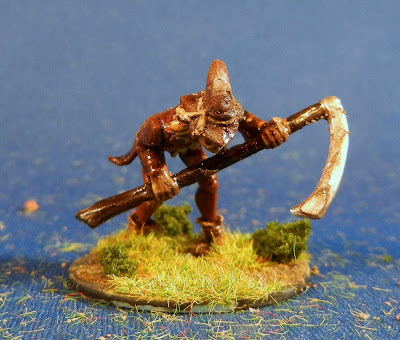 Scarecrow is a nice villain figure but being sculpted bent over, it is hard to see this. 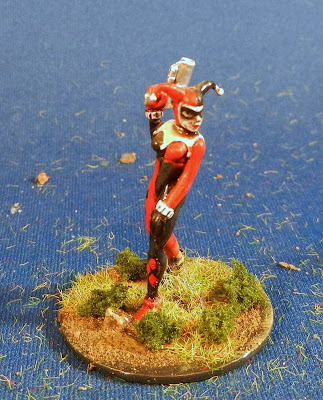 This is Harlequin, another villain from Batman's stable. And below we have Hawkman (holding Atom) and Hawkgirl. Apologies these shots are soft--the camera insisted on focusing on their wings. 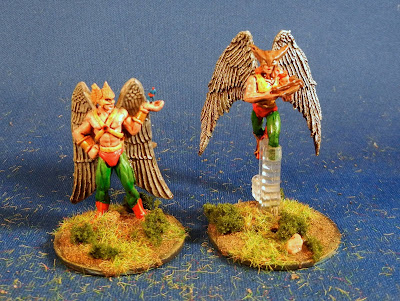 Up next: Some War of 1812 British regulars. Maybe a game with Mark this weekend. And then the club on Tuesday.
at 7:46 AM

Nice stuff. I think that Black Canary had a sonic scream. Other than that, she was a good brawler, martial arts perhaps? Hooking may not have been a power, but it would certainly been one of her hobbies.