I was cleaning out some boxes and I found six 28mm lions. I believe these were from a Samurai army I traded to Scott (hah!) and were part of the fantasy element he wasn't interested in. 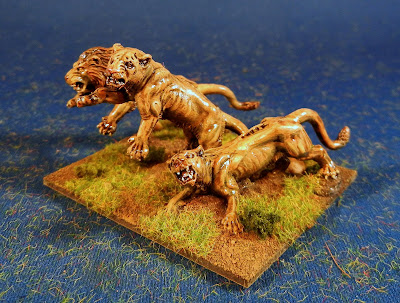 So I painted these up. The first base of three would be beasts in HoTT and I've put then on my shelf with the medieval armies. 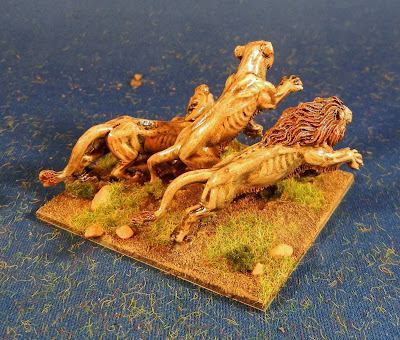 I think these turned out okay--there is enough shadow and depth to the paint job. 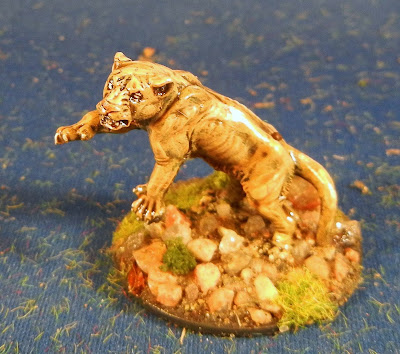 I based the second set of three individually. 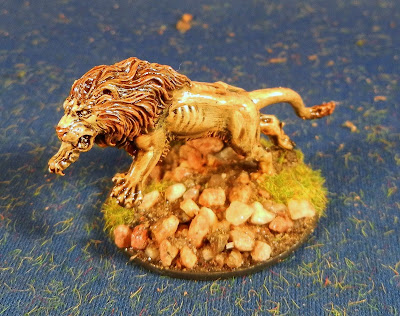 These could be used in a superhero or pulp game as wild animals. Perhaps Catwoman's minions? 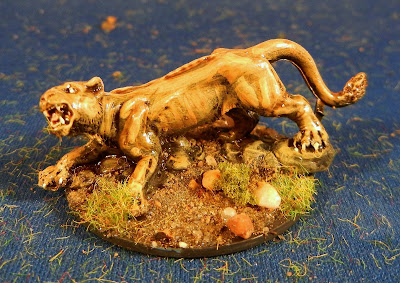 Up next: I finished painting the remaining 28mm Normans and now I'll move onto decaling and basing them. I also have the war wagon complete and am just working on painting up a few riders to populate it. Then onto some ratmen for HoTT. Jess is also eager to play some more Battlelore--perhaps I'm due to win a game?
at 6:07 PM

Very nice. They'd also be spiffy in a gladiatorial game.

Very nice, they are a very detailed figure. I was going to suggest what Joseph said above, but I won't now.......

The individually-based ones would make great random event markers for and jungle adventure-style game. They're really nice models.