Now that the glue has (mostly) dried, here are the rest of the Saxons for the EWG auction in May. 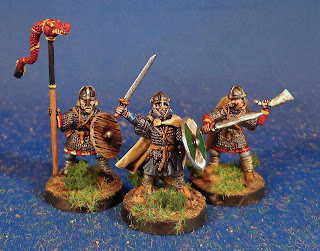 There are two command groups with leaders, standards and musicians. The horn player below looks like he is hard of hearing, but that is simply a function of the angle of the picture. 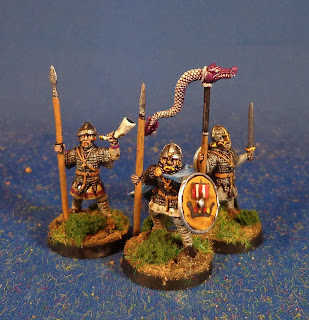 There are a bunch of warriors in mail. Most have spears, but some also have hand weapons (swords and axes). I had to scavenge shields so there are a number of kit shields which mean these Saxons are best for a later period.

I'm quite inpressed with the detail that the GS sculpts have. And a bit of magic dip really helps a simple paint job pop. 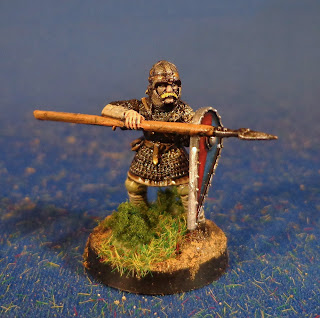 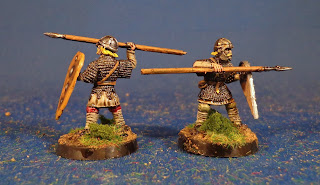 Up next: Club night is tomorrow and I will prime some 1/72 colonials and some HO-scale buildings when the temperature goes up. Right now i'm block painting a bunch of 28mm WW1 Germans that I bought at auction last fall.
at 7:32 AM

Thanks Phil; I'm pretty happy with the; the GB sculpts are really nice.