Last of the 15mm cavalry

I finished the last of Mark's 15mm cavalry today at lunch. These seven stands are all Lithuanian command stands? Nice enough figures and a pleasant mix of foot and mounted. After dozens of horsemen, I had forgotten how pleasingly simple footmen were to paint! 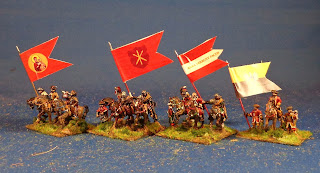 There were some nice unique sculpts in this box, include Father Christmas. I never put together the colour scheme and the face until I started taking pictures; I was just working off what I could see from the box-art. 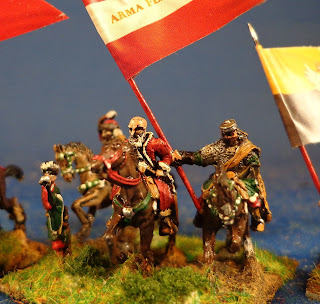 Some of the figures had a very ECW feel to their clothing. 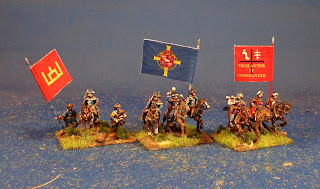 There were also a couple of these crazed bongo-playing horsemen Alas, the manufacturer did not include the drums. So I will paint these up when Mark can get replacements. In the meantime, they will simply have to be maniacal horse-mounted maracas players. 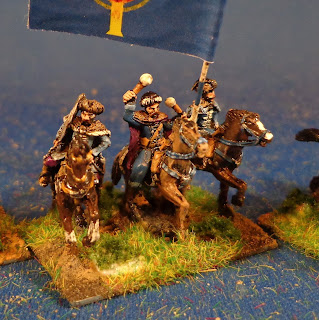 Up next: I have a house underway and a game of CCN with Bruce tomorrow. Then I will start on some 28mm Gripping Beast vikings for the EWG auction.
at 6:11 PM