I swung by Bruce's yesterday afternoon for some CCN and he had just finished some 1/700-scale WW2 planes from (I think) tumbling dice. These were lovely little things based on his old Battle of Britain flight stands. 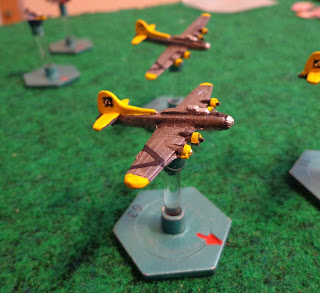 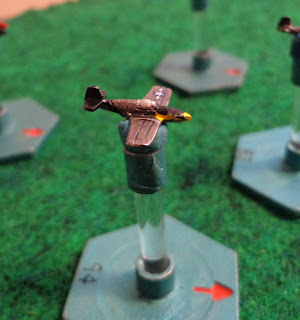 We then had two goes at a CCN scenario--I think Wellington was retreating and got caught by the French (Ney?). All I know is that there were a lot of bloody Frenchmen! The first game Bruce stomped me despite both of us re-learning the rules as we went along. I made it quasi-respectable at the end but he really, really trounced me. 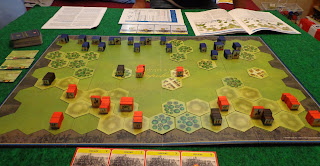 Game two went the other way as good card play on my part and some really lucky dice allowed me to pick off enough units to force a retreat. I had some good luck (and some good strategy) with my sole heavy cavalry unit and it bagged four units in three turns for the win. Nice system. 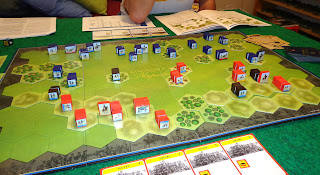 U next: The last 15mm cavalry unit is almost painted (just metal and mustaches left) and I'll start basing today after we get back from skiing. Then onto some more buildings and maybe a bit of clean up.
at 8:55 AM

Love the planes...and C&CN is turning into one of my fav games. Happy New Year, Bob.

Thanks kevin--yes, Bruce did a nice job of them. They are tiny! Happy new year!