I have for sale one painted 28mm Hordes of the Things Skaven army. The figures are plastic GW figs from the Island of Blood boxed set plus a few additions. There are about 32 AP here (depending on how you classify some bases). All are based on 60mm frontages with 30mm depths. 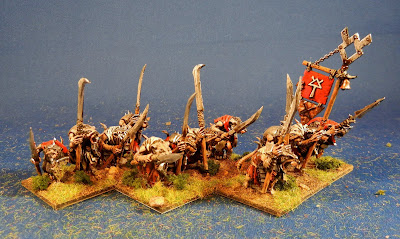 There are three bases of spear, including a standard bearer if you wanted to make one base the general. You could also use these as blades if that is more to your liking. 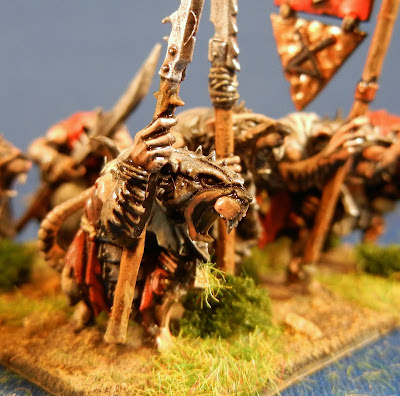 I think the detail is fairly good. Black undercoat, acrylic paints, magic dip. From a pet- and smoke-free home, although imagine how much I could get painted if I had a pet that would paint in exchange for smokes... . 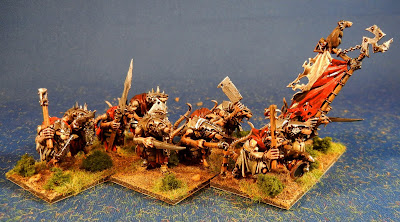 There are also three bases of blades (again, could be spear). There is another stand bearer here if a blade general is your thing. 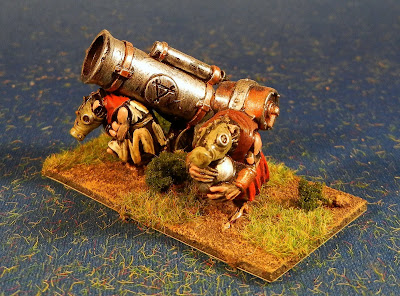 There is one base of artillery. These were hard to get a good shot of because of how I positioned the figures on the base. But the fellow in the background is carrying a cannon of some sort on his back and the guy in the foreground has a bomb in his hands and a canister of propellant on his back. Likely an artillery piece or a shooter.

This fellow is a hero. I was happy with how the gems turned out on his big stick. 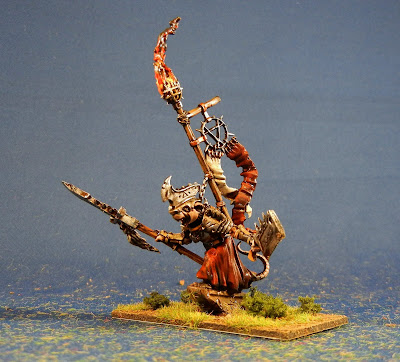 This fellow could be a hero or a magician. I was quite happy with the fire in the brazier that he carries on his back. 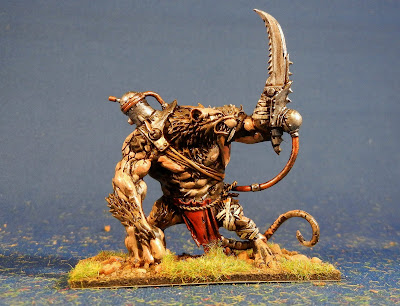 There is also this very large rat with the surgically implanted blade. This might be a behemoth or a beast (I think the former) and is much larger than the rest.

Finally there are three aerial bases. You could play these as flyers. Or the middle one could also be an aerial hero. They should give your army some flexibility and mobility.

I'd like $100 OBO plus $20 postage in Canada or the US via paypal. All bases will be individually bubble wrapped for shipment. Offers to bob.barnetson@shaw.ca.
at 6:19 AM