We had eight guys out at the club tonight with three games running. 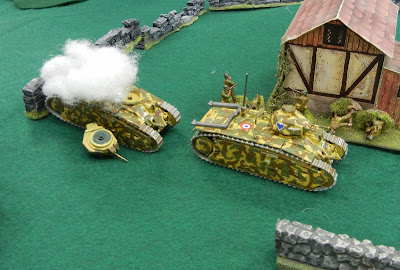 Dave hosted Jonathan, Chen and Andy in a game of WW2 FUBAR. As I left, the French were pressing home their counter attack, although there was a lot of French armour burning. 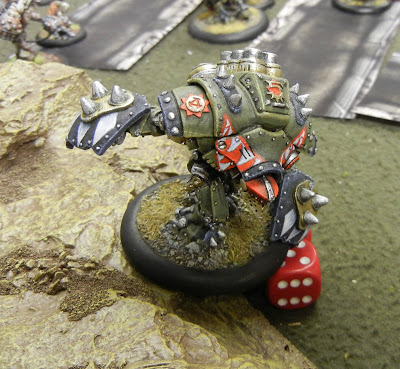 Elliot and Kevin played a game of Warmachine; here is one of Elliot's Warjacks. Amazing painting.

Here you can see the Americans moving onto the board, with one command moving forward as a screening force and the other marching tightly formed behind. 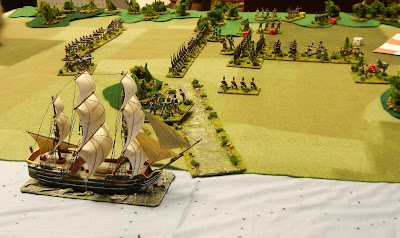 I managed to screen Scott's Indians and light troops on my right and mask his cannon and gunboat on my left and push on up the middle. 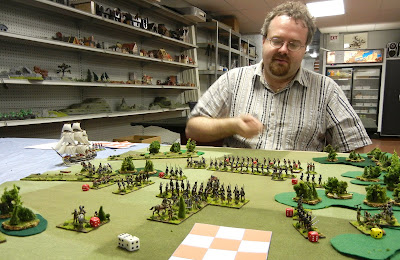 Suddenly, Scott's luck started to turn and he eventually took apart my leading command, although the price was heavy. I was able, however, to bring the second command into play and push him back off two victory points and eventually we called it as he had no chance to contest any of them.

Overall a pretty good game. The gunboat was rated as a cannon (range of 1000 paces but could move 500 paces at a cost of two pips) and proved an important part of the British game. Not a bad way to incorporate naval assets. 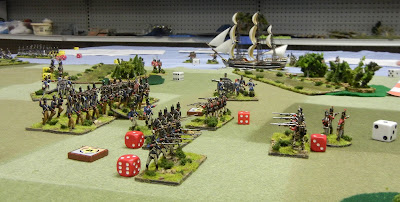 Up next: Some 28mm Skaven are just about finished for HoTT. I have some 28mm metal medievals primed as my next project. Then onto some 1/72 WW1 figures for HoTT. I hope to see the bottom of the paint pile by Xmas!
at 7:49 PM

Love the ship! Where did you get that little trinket? The whole battle looks super! Sorry, I missed it. A great line up of games that night.