I'm continuing to finish off some of the renaissance stuff for DBA-RRR that I started before turning to a 15mm panting commission that has arrived. Today I have six 28mm reiters done.

These are GW figures (Empire) that I got on TMP. The figures are nice enough but they are mounted on enormous horses--bigger than the armoured warhorses the gendarmes are riding. 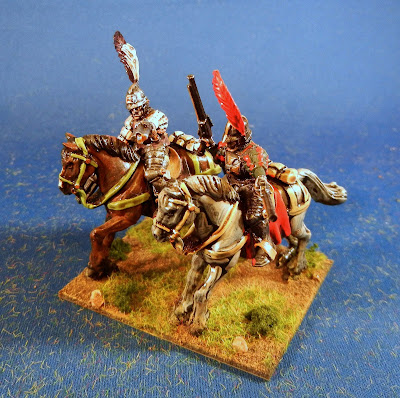 I'm not totally thrilled with how these guys turned out but they helped me get my eye into the period and the foot that I will post on Saturday are very sweet for the experience I gained. 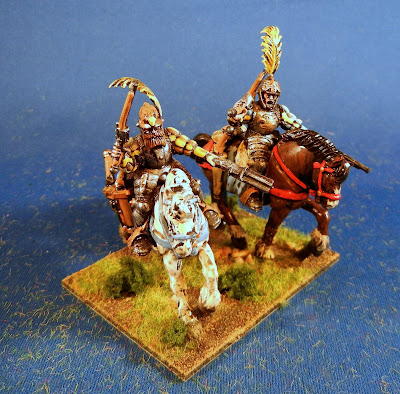 Between what I have painted and a box of Perry late 15th century foot I have, I think I can actually complete an early renaissance German army. Might need to fabricate some hordish foot. 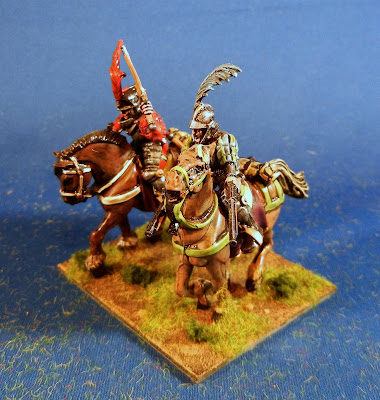 Up next: A game with Bruce this afternoon. Then the remaining 28mm foot I've been working on. Then a 15mm Greek DBA army and some 15mm Greek hoplites.
at 6:49 AM