As I work through my pile of lead, I pulled out these recent additions that I received in a trade. These are older metal 28mm medieval figures. 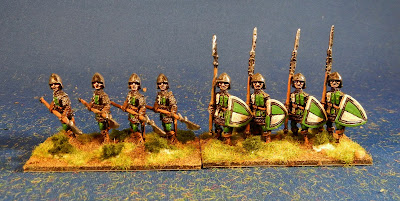 I decided to paint these up in two different liveries as reinforcements to my HYW French and/or English armies. First up are two bases of pike/spear. These were very nicely sculpted figures which were easy to paint. 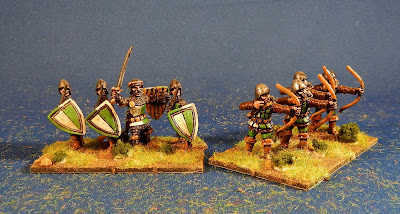 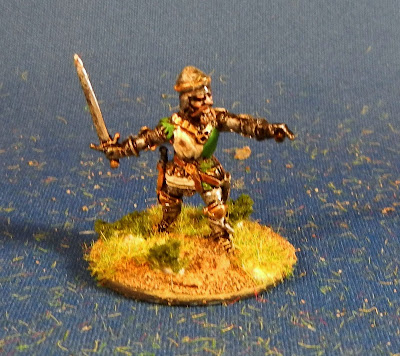 I had an extra figure so I made a general out of him. 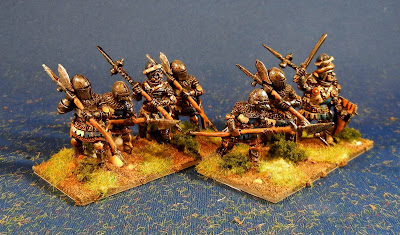 Then there were two more bases of spear/pike in a slightly larger size for which I used a blue colour scheme. These figures are a bit smaller than contemporary 28mm figures; I have compared them to GW Bretonnian bow below and they fit is pretty good. 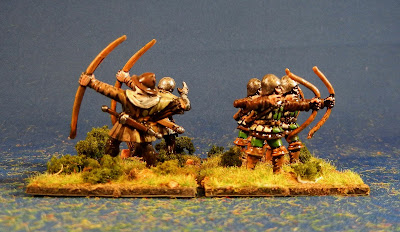 Up next: I have a bunch of 1/72 AWI Americans primed as well as some 28mm Italian renaissance figures. But things will be slow then next week or so as I concentrate on vacationing. Next club night is August 16th and I'll run another War of 1812 game using For Honour and Glory and my new Hotz mat.
at 7:55 AM