With my vacation over and house guests sent home, I've returned to painting and have completed a 15mm later hoplite DBA army that is a commission.

This army comprises four bases of spear. This picture is poor (weird lighting this morning) but the shields look nicer than they appear here. 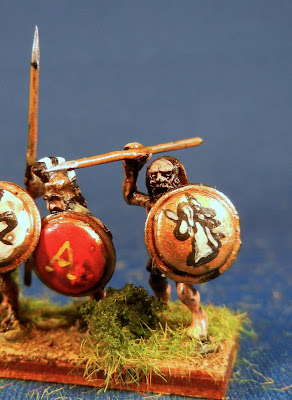 I was left to my own devices for the shields (pardon the pun) so I copied what I could from the box art and winged the rest. The next part of the commission has shield decals which look lovely.

There were also seven bases of psiloi. These went together alright. I might clip the spears down a bit on the next batch. These are brass spears supplied by the customer.

They dynamic poses Xyston produces places the spears in more vulnerable positions during game play and I worry about incidental contact knocking the spears loose. I had to reattach one during painting. I'm hopeful that crazy glue plus primer plus sealer gives them some resistance. There is also one base of light horse. 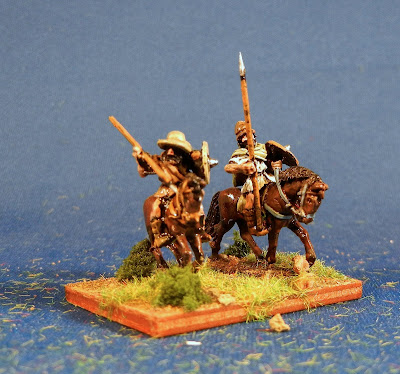 Up next: There are three batches of Greek hoplites that I am working on as well as some ballistae. I also built a 1/72 WW1 tank and will prime it this afternoon. After that I may clear some 1/72 AWI off the painting table and look at rebasing some 28mm superheroes on some Black Cat bases I bought.

Nice job on the shields, Bob!

Thanks Tim. I think they turned out okay for winging it! The decals I have been sent are amazing, though.