I managed to complete another big piece of my daughter's Star Wars army: the rebel troopers. These are West End Games 28mm (well, 25mm) figures.

For 25-year-old sculpts, these are okay. Props to the sculptor for putting in two female poses (e.g., front left figure below). 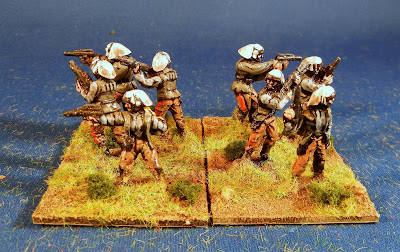 I see that a few Imperial Naval troopers were used to fill out the ranks (the guy on the left in the picture below). I wonder if they were sculpted by a different person and they are quite a bit thicker. 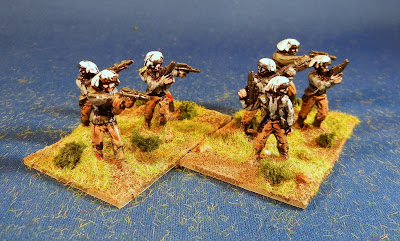 I also converted an Imperial laser cannon to give the rebels some support weapons (I presume this would be an artillery piece in HoTT). 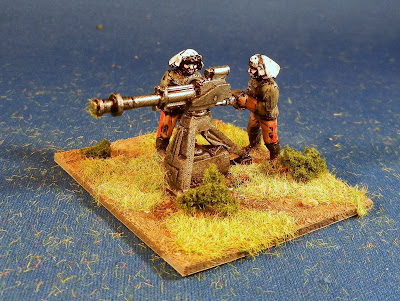 Up next: The garden has distracted me quite a lot. I'm currently painting some 28mm HYW English bow. I also have some Star Wars characters to work on. I see that, a third of the way through the year, I'm at 1000 figures which is half of my annual production target. I may slow the pace a bit in order to get the yard cleaned up and some seeds in the ground.
at 6:22 PM

Your site certainly deserves it!!

Thank you. Is it the rocking picture of me and my big belly on the upper right corner that put me over the top? :)