I've finally finished the last of the core units for my 1/72-scale AWI DBHx armies. These fellows are British light cavalry from Italeri's nice boxed set.

Rather than make all 17 figures, I decided to make up two bases of dragoons and one of cavalry which should be enough to do Cowpens and Guilford Courthouse. I've put the rest of the box away in case I can use it for my War of 1812 project in some way. 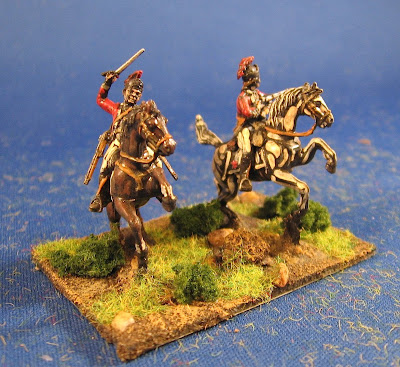 For the dragoon bases I decided to use two figures, one with a sword and one with a firearm. I found these a bit if a pain to paint--as much detail as most 28mm figures but just that much smaller. 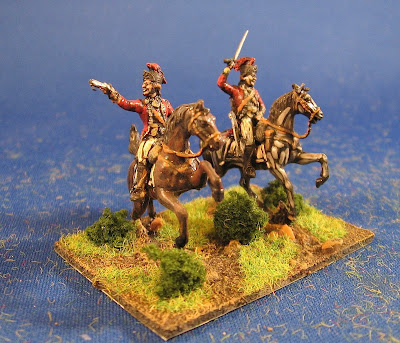 I added a third figure for the cavalry base and armed them all with swords. Overall, I'm fairly pleased with the outcome. 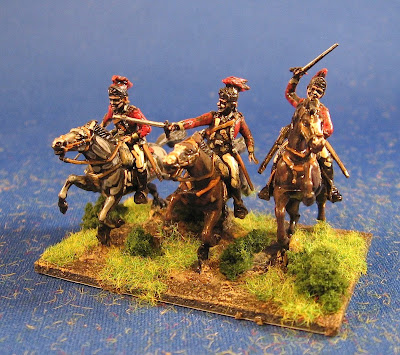 I also did one figure up as the British general so I can play the mobile general rule for DBHx. In hind-sight I should have done two generals for each army so I could have two commands. If I get ambitious and add loyalists or militia to the armies, I will paint up another commander for each side. 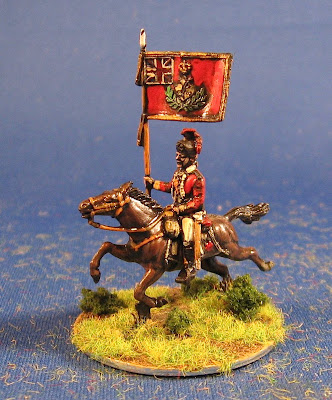 Up next: I have another 15mm EIR DBA army primed and ready to paint for a commission. I'm still mulling my next personal project but likely something 28mm.
at 9:10 AM

Thanks--these are nice figures to paint!

These look really good-well done sir! Do you coat them with PVA glue first?

Thanks! I primed with black paint cut with future floor wax (enhances flow and seems to stick to the figure as well as primer). Then I paint with acrylics and then I seal with a thin wash of Future and brown/black paint. Fairly indestructible and it combines the seal and the wash stage.