We had an astounding 13 guys out last night with three games running. Dave hosted a large Black Powder game which attracted most of the attention. 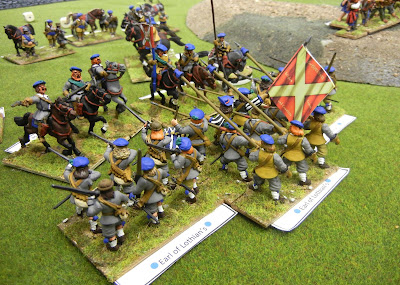 These are Dave's 28mm ECW figures, including a significant number of plastic Warlord figures. 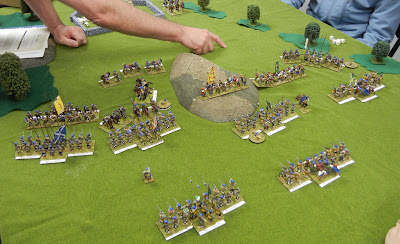 It sounded like the fellows on the hill managed to hold off the attackers, winning with a dramatic cavalry charge. 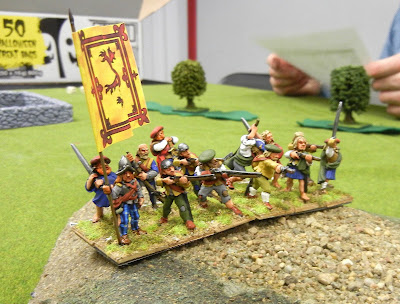 I didn't get a picture of the War Machine game for some reason but I did snap Andy's amazing porn-star moustache. 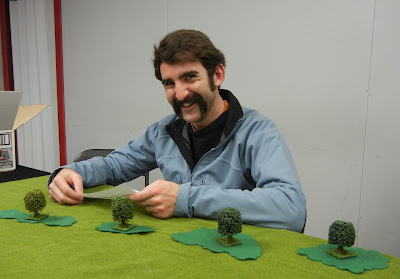 Scott and I played two games of War of 1812, with the British and the Americans each winning a game. 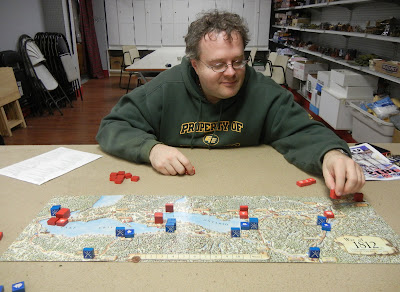 I must say that Andy's moustache was both shocking, and amazing. How long has it been since he was last at the club...clean shaven? It couldn't be that long.

The last clean shaven picture of Andy I could find was April the 6th and I recall he had a beard in the autumn. I showed the picture to Jennifer and she compared him to the Hudson brothers show her folks used to make her watch in the 1970s. It is an awesome thing to behold!

You are right, it IS amazing. [bow chicka wow wow]

If that man doesn't own a Viking army he should order one immediately.

I was thinking he needs a red coat and pith helmet!

I agree with Scott. Andy looks like a good British officer from the Zulu wars. I am sure that I had a superior officer that looked like that in the Canadian Naval Reserves back in '84.