After some more thought, I've decided to make another change in how I'm basing the Heroclix repaints I've been doing in anticipation of Ganesh releasing their Power Legions game. 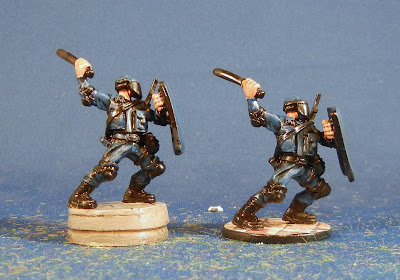 Earlier, I scrapped a parkland base on a washer for some Black Cat urban bases. That was an improvement. But the Blackcat bases have major quality control issues (variable depth and a poor proportioning being my concerns). So I decided to move back to washers with a stone-pattern printed decal. You can see the difference above and below: left is Black Cat and right is the new standard. 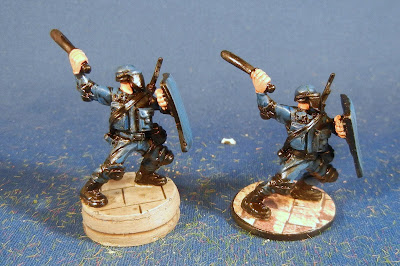 I'm overall quite happy. The new approach is cheaper, much faster and seems to fit the slender Heroclix sculpts better. The washers also allow for magnetized storage. 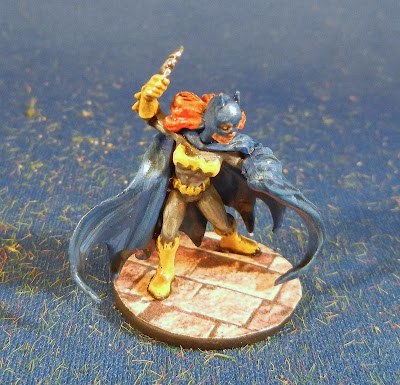 I then repainted Bat Girl and put her on the new base. I think the effect is nice. I was quite happy with how her cape came out as well. 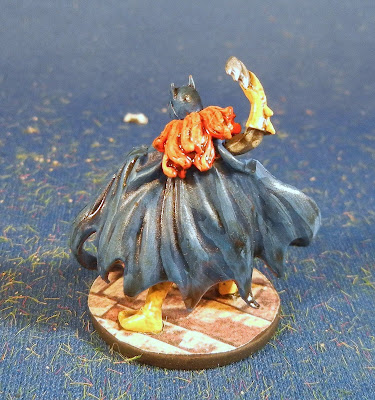 Up next: Some more Heroclix repaints and then back to some 10mm AWI.
at 10:05 AM

Bob,
The new basing you're using is soooo much better. Awesome.

Kevin--thanks. Yes, I think it is a big improvement. Also gives me a colour palette for when I begin building the slums of Gotham in the spring.