I'm back to working on the remainder of a 10mm commission I took on. I've started on the Americans. First completed are the American generals. 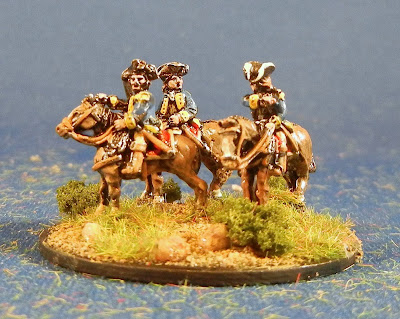 This is the CnC stand, where there is a bit of a conference going on among the generals. "No old boy, it's just a reordering of propertied relations to favour local capital over foreign." "Oh, jolly good then!" or so I imagine... . 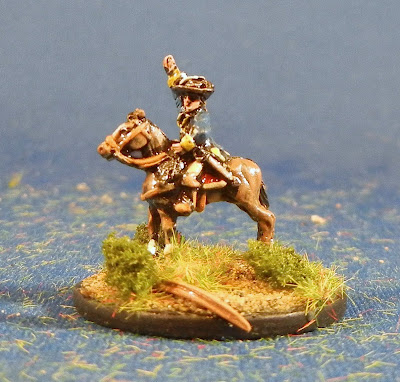 There are also three individually based generals. It may have been that I was to put four mounted figures on the CnC base but I just could not make them fit in an intelligent arrangement. 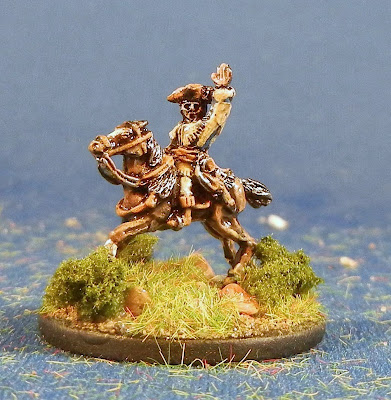 I also tried to follow the sculpt as closely as possible in terms of what folks were wearing. The early colonial army wasn't exactly standardized and at least one fellow was wearing some fetching hunting clothes. 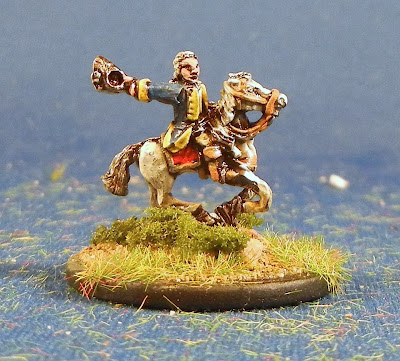 Up next I have the third battalions from Pennsylvania and Massachusetts finished up and drying. These are a real mixed bag, with Massachusetts clearly having some supply problems. However, the instructions were to make them look like an army of farmers so there is a real mix of blue coats and civilian garb as the sculpts dictated. I also have three more units on paint sticks: two line units and a unit of dragoons.
at 7:01 AM

Wow. That is intense. I love the yellow trim - very cool!

Thanks. That was a request. One of the line units I'll post in the next few days has yellow trim as well.