We had about 10 guys out last night with three games running for our last evening at the Warriors of Time. 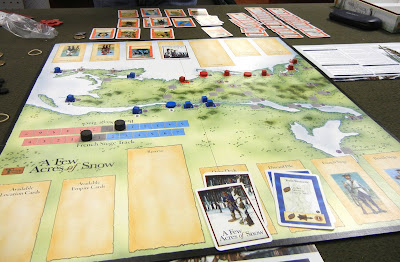 Bruce hosted me in a game of A Few Acres of Snow, wherein the British and the French compete with each other to colonize the New World during the 18th century.

This is a card-driven game where you build your hand in an attempt to advance your strategy. The French chose a settlement strategy and eventually figured out how to make the fur trade work for them to help offset the British financial advantage. The British adopted a military strategy (eventually taking Louisburg) but it was too late to stop the French from winning.

Jason ran a game of I Ain't been Shot Mum for Jonathan but I did not get a good picture of that. 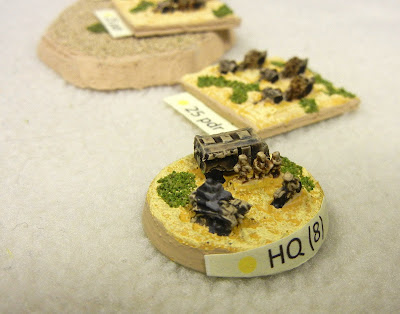 Dave hosted Chen and Scott in a game of Blitzkreig Commander, using his new Picoarmour to recreate the great battles of the desert. 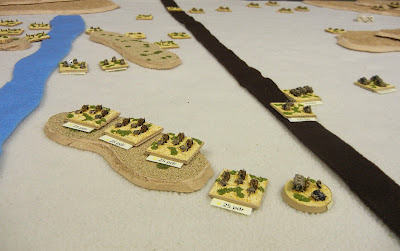