Just the remainder of the 1/72 British I painted up for the War of 1812. More of the Hat box of peninsular British.

Overall, nice figures. Soft plastics that seems to have taken the paint well. Needed a good washing to get the grease off, though. 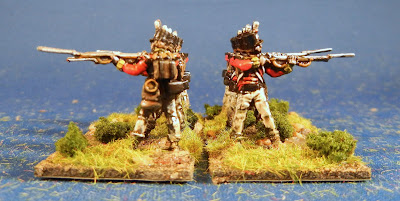 I intentionally block painted the pants to see how well the wash would work putting in some shadow. I also put together two bases of officers (below). Looks like I forgot to use the gold paint! Will fix that this weekend. 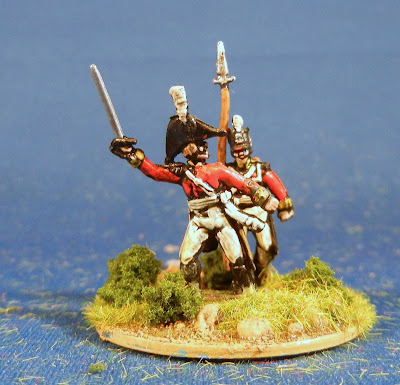 Up next: I have a bunch of 28mm stuff built but some non-gaming stuff has come up so I'll likely not be updating for awhile.
at 9:48 AM