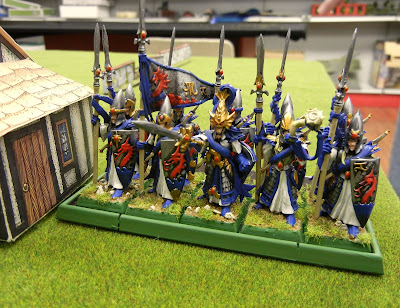 Dave had a couple of new (to me) models out that I snapped pictures of. The game was still going on when I left but Dave was saying the dice had abandoned him. 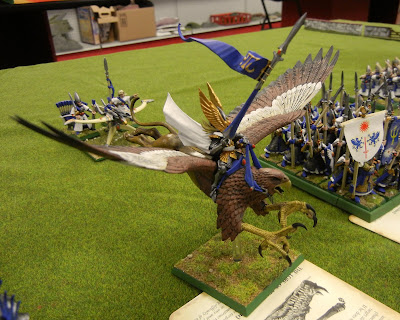 Chen, Mark and Justin helped me playtest my MayDay game. As a playtest, it was successful, in that it pointed out some serious playbalance issues. I'm not sure it was that good of a game. 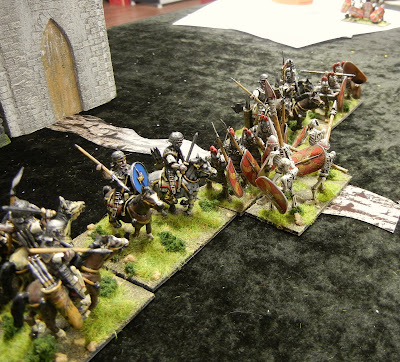 The gestalt was right (see below) but the Varian forces just got whaled. Smaller board, different skeletal troop types and a simpler deployment are the fixes I'll try out again. MayDay registration is also now open! 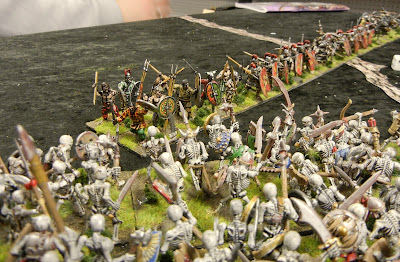 Up next: Some 28mm goblins, and some 10mm soviet tanks. Then probably the remainder of the Soviets.
at 8:20 AM

I really enjoyed the scenario, the minis and your awesome sense of humor.

Thanks. Now to convert some plastics to make three more bases of skeletal whores. I means hordes. I hate it when I pull a boner.

Looks like LOADS of work has gone into those find looking Skeletal Warriors!