Epic CCA at the club

We had a pretty good turn out at the club on Tuesday for the last games night of the year. Karl and Brad played some 28mm Napoleonics. Not sure what rules they used.

Kevin, Dave, Scott, Chen and I played a game of CCA epic (Alexander at Gaugamela). Below is a moodily lit set up from the Persia side.

Kevin and Dave won the first game using Alexander's strategy of refusing their left and breaking the Persians using the companions on the right.  The highlight for the Persians was stomping a ridiculous number of Macedonian pike with rampaging elephants. Man, we got lucky with the elephants. 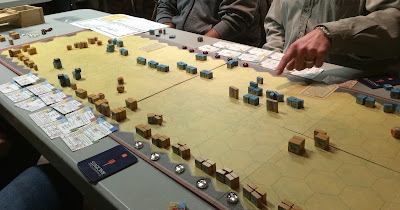 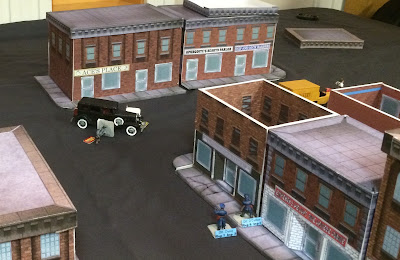 There was also some Warhammer 30k. 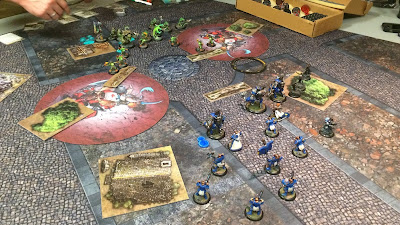 And a 28mm game of LaSalle, 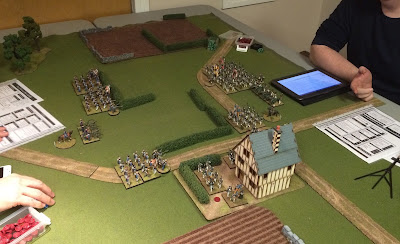 The second game of CCA featured Chen jumping in to replace an ailing Kevin. This was a much closer game despite the Persian elephants having little effect. 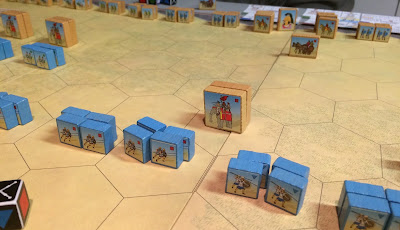 Below was the beginning of the end. Dave and Chen are strategizing about how to win the split over the two games (we tied over two games). 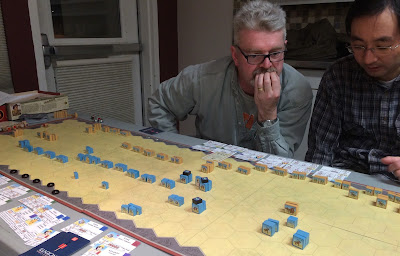