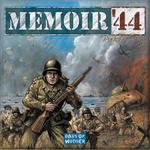 This next year my plans include painting out the figures I have and thinning out my collection of games (I have a lot of games we don’t play). First up painting-wise is my first edition game of Battlelore. I have about 200-odd figures that I’m priming.

After than I need to make some decisions about the remainder of the 1/72-scale WW2 figures I got from Tim. There are a few more to rebase, lots of unpainted plastic and a fairly large number of older model kits (anyone need 9 unbuilt Panzer 4 with skirts from ESCI?).

I’d also like to expand my collection of 54mm AWI guys in anticipation of Richard Borg eventually releasing a SYW variant for Commands and Colors.

Gaming-wise, I have a tonne of CCA and Memoir scenarios I’d like to work my way through.

Richard Borg was play testing Tricorne for AWI on the East Coast at Fall In convention. Tentative release date is May next year by Compass games.

Great news! Very much looking forward to gaming that in 54mm. thanks!