Bruce swung by today for some gaming. I hauled out Clusium (225BC), which is the first scenario from the Rome and the Barbarians CCA expansion. I think I ran a big battle version of this at the club last year. 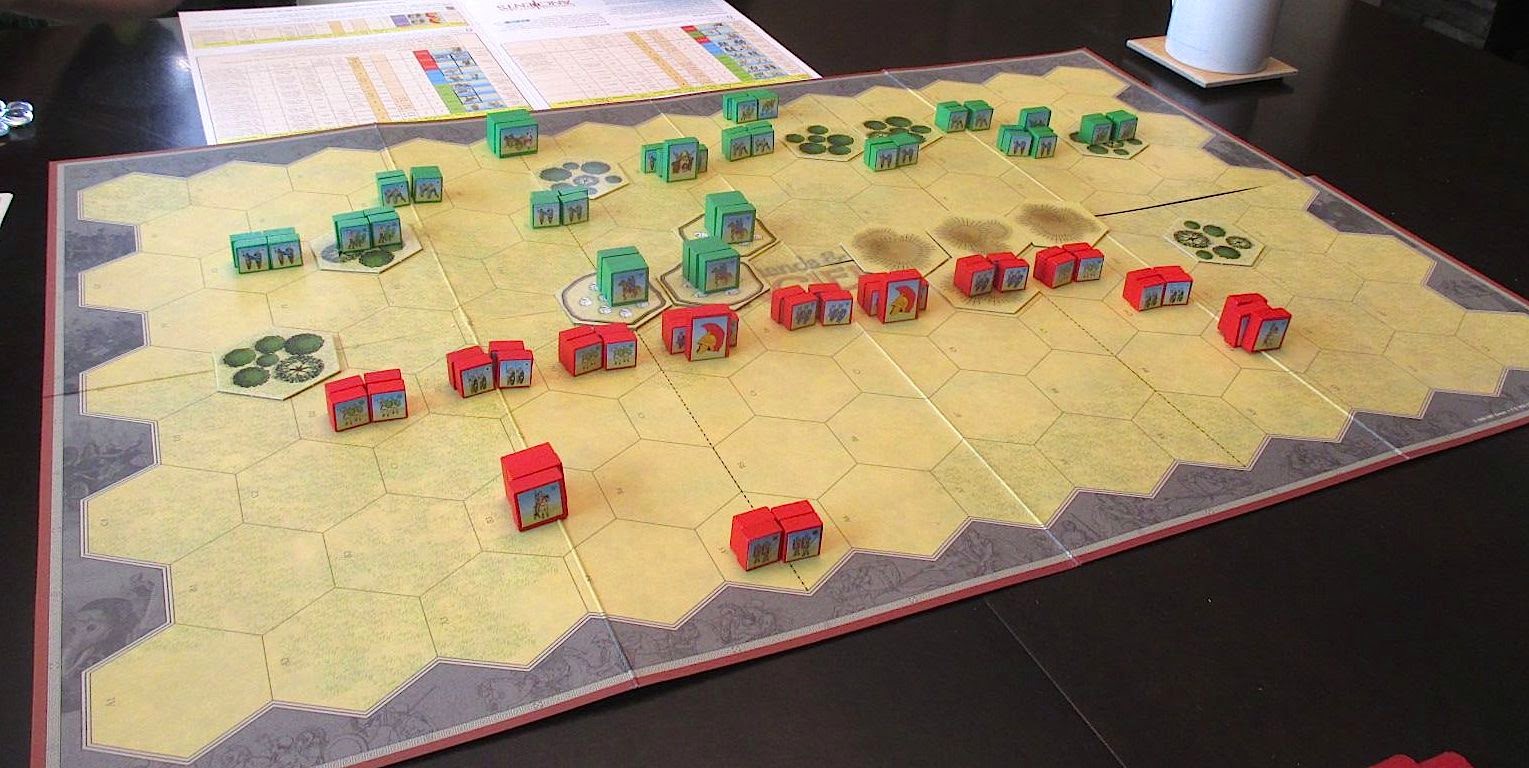 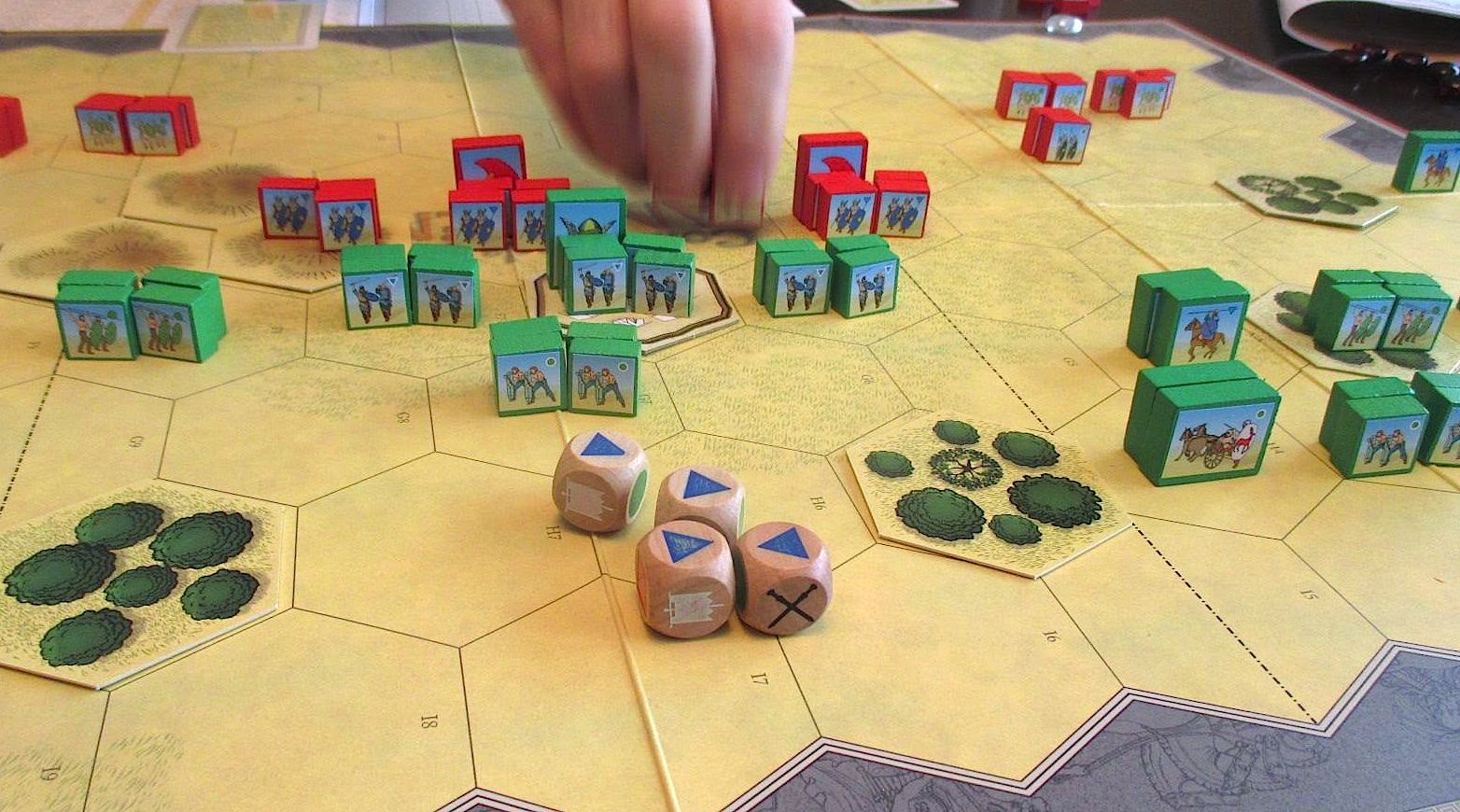 There were some lucky dice (above) but control of the centre went back and forth with both sides being within a banner of winning twice. Eventually Gallic luck triumphed (as they did historically).

Bruce then brought out Red November, a cooperative game which includes a troubled submarine, a drunken crew and a kraken. The game was fairly fun--basically the crew has manage problems until they are rescued while a variety of things go very wrong. 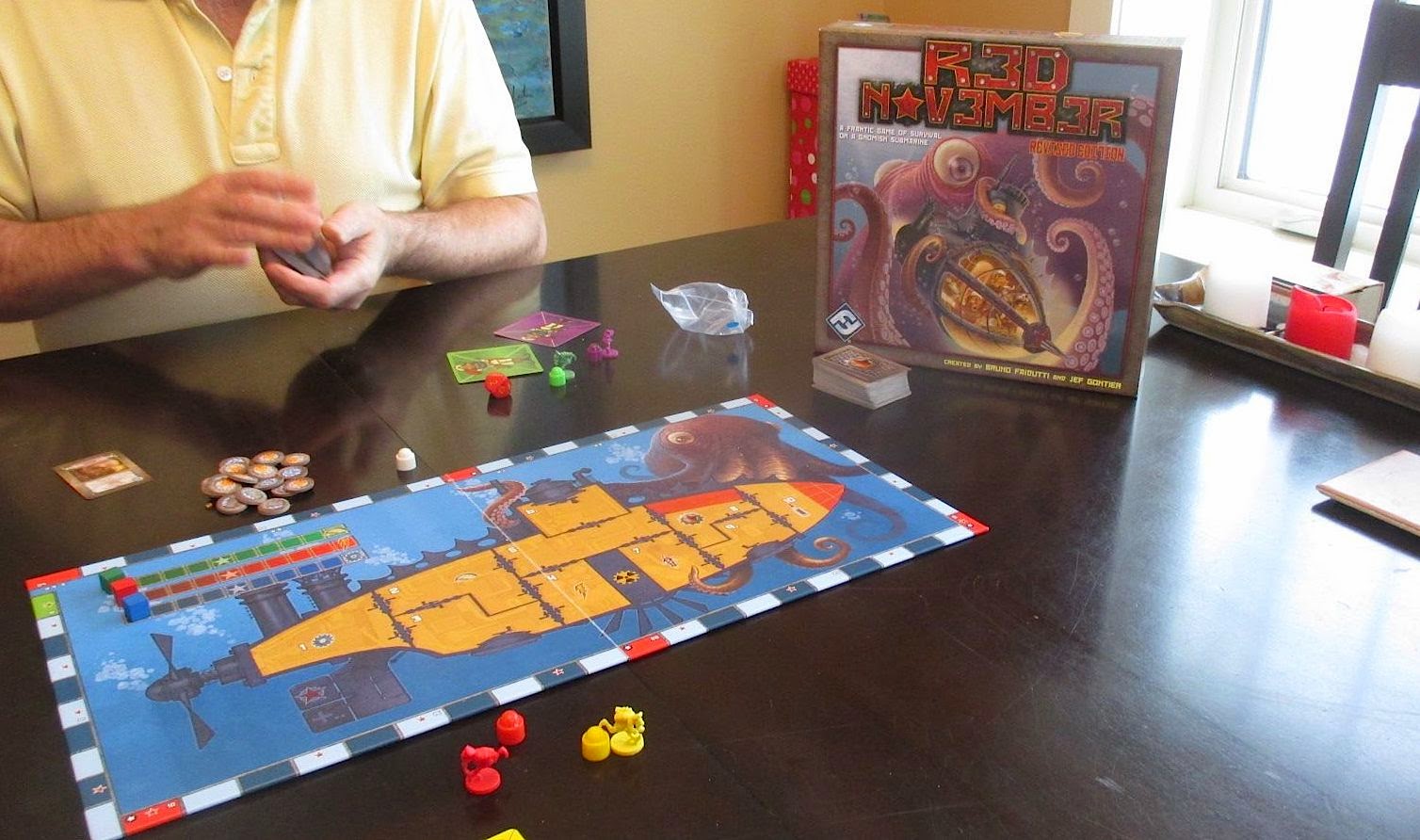 You can fix stuff (and you do better if you drink grog... but then you character is drunk) but the opportunity cost makes it a close run game. Below you can see we were facing flooding, fires, jammed hatches and (unpictured) a variety of system failures. Fortunately we avoided the Kraken and managed to hold on until rescued. A fun party game. 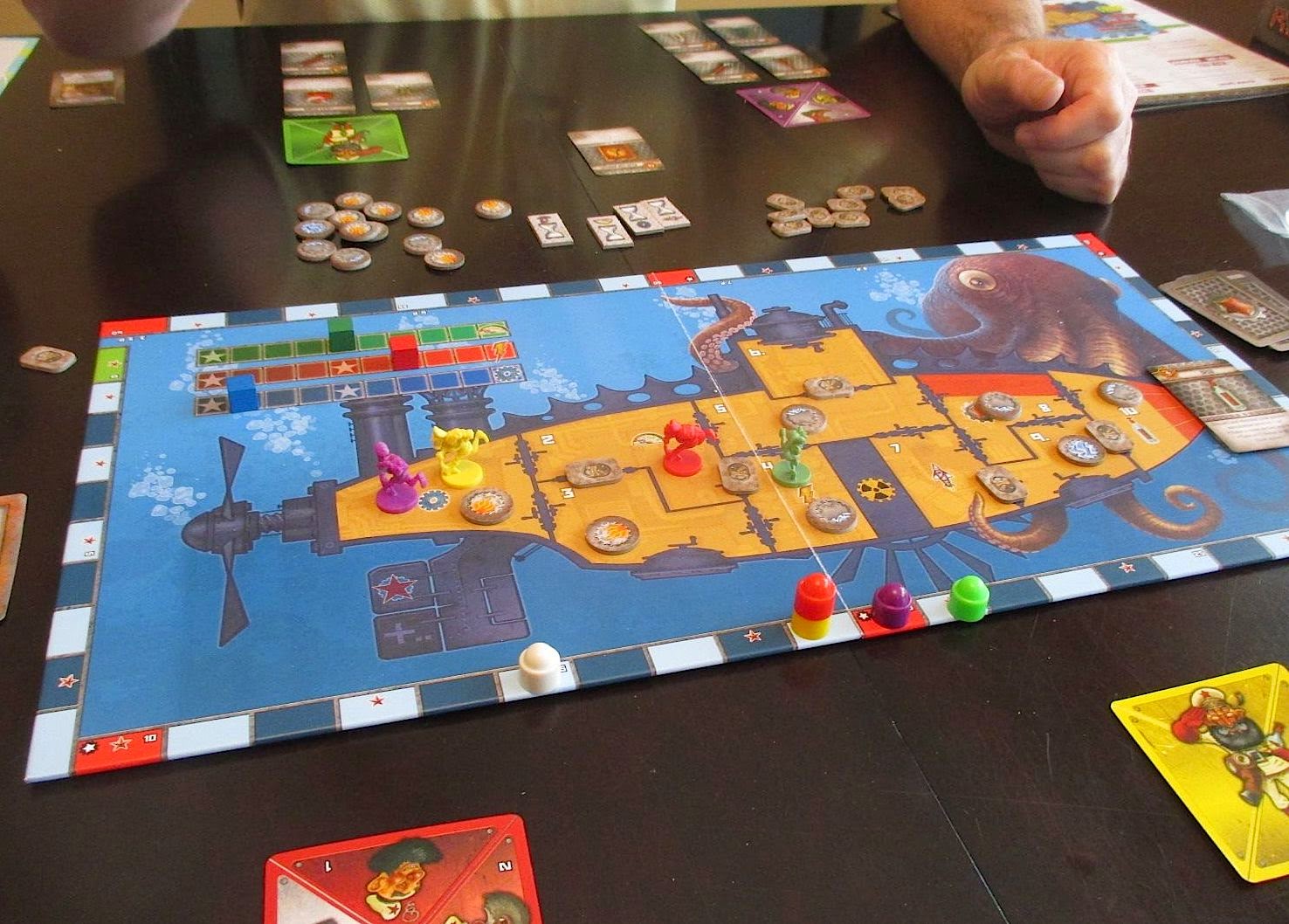 Up next: The first post of 2014 will be some more 54mm AWI. I've started on the British but have some Americans still in queue. And the club meets Tuesday. I'm going to bring out Telemon (the next CCA Rome and the Barbarians scenario).
at 5:00 AM