I finished six 54mm American skirmishers this week. Progress was slow because there was curling on a couple of nights and the start of the cross-country ski season made sitting for long periods hard (well, actually the getting up after the sitting was the hard part...).

These are All the King's Men figures in hunting shirts. I tried to mix up the colours--some buckskin, blue, green and red. The red recovered nicely after an ill-fated wash went a bit pink!

The figures have a mix of equipment and bags (the colonial version of "come as you are").

I also varied the darkness of the wash. Some fellows came out looking quite tanned. Oddly, this fellows grey hat looks streaky in the photo (not so in person)--maybe some sort of slight translucence in the paint bouncing off the white primer? 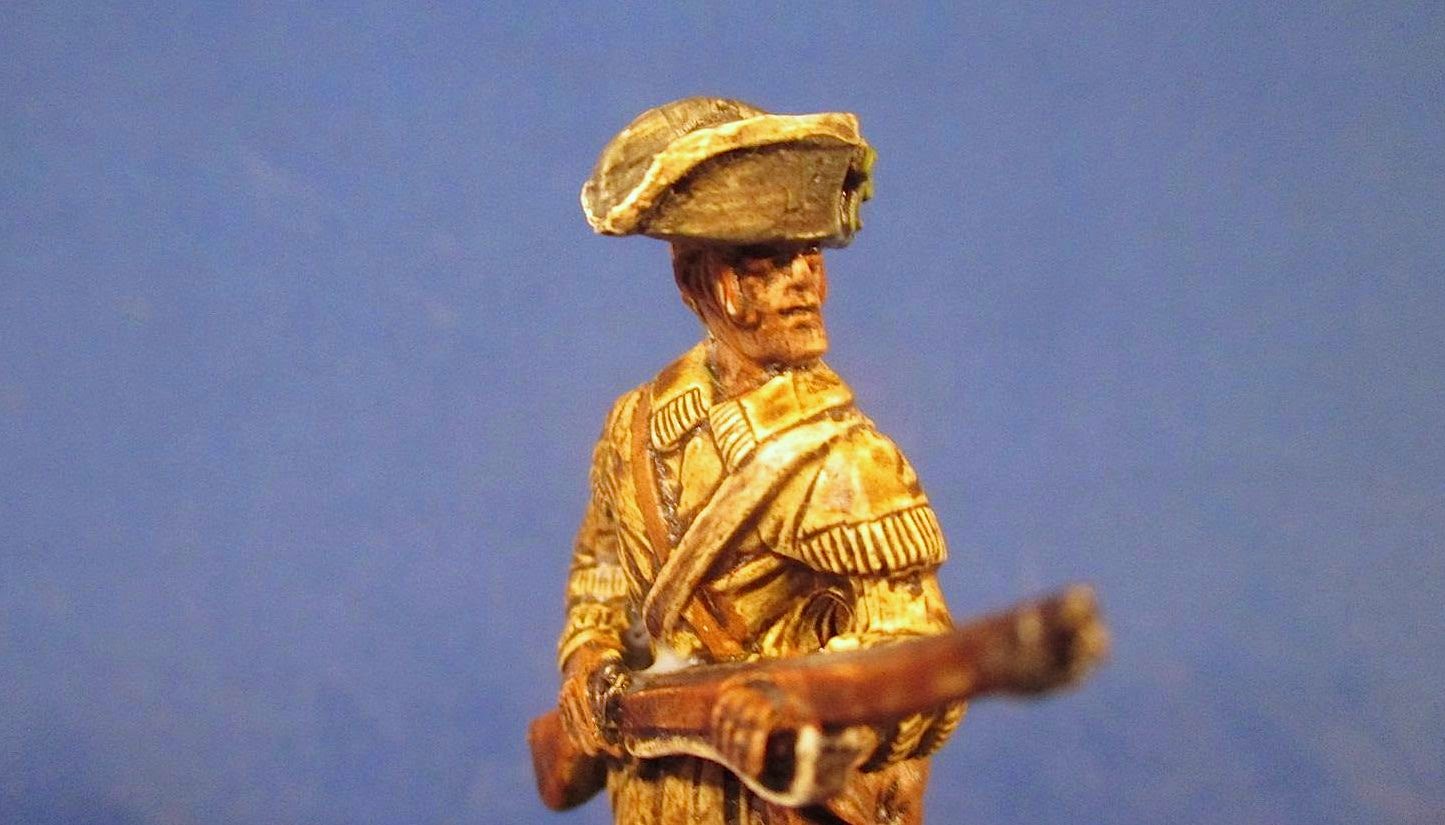 Up next: I have primed and spray coated two tank and now have about twenty 15mm WW2 vehicles to paint. And I'm off to Bruce's Tuesday for a game.