Over the weekend, I knocked off a 12-man unit of 54mm AWI colonials by All the King's Men. These are part of my December project--by the end I hope to have enough rebels painted that I can turn to the British. 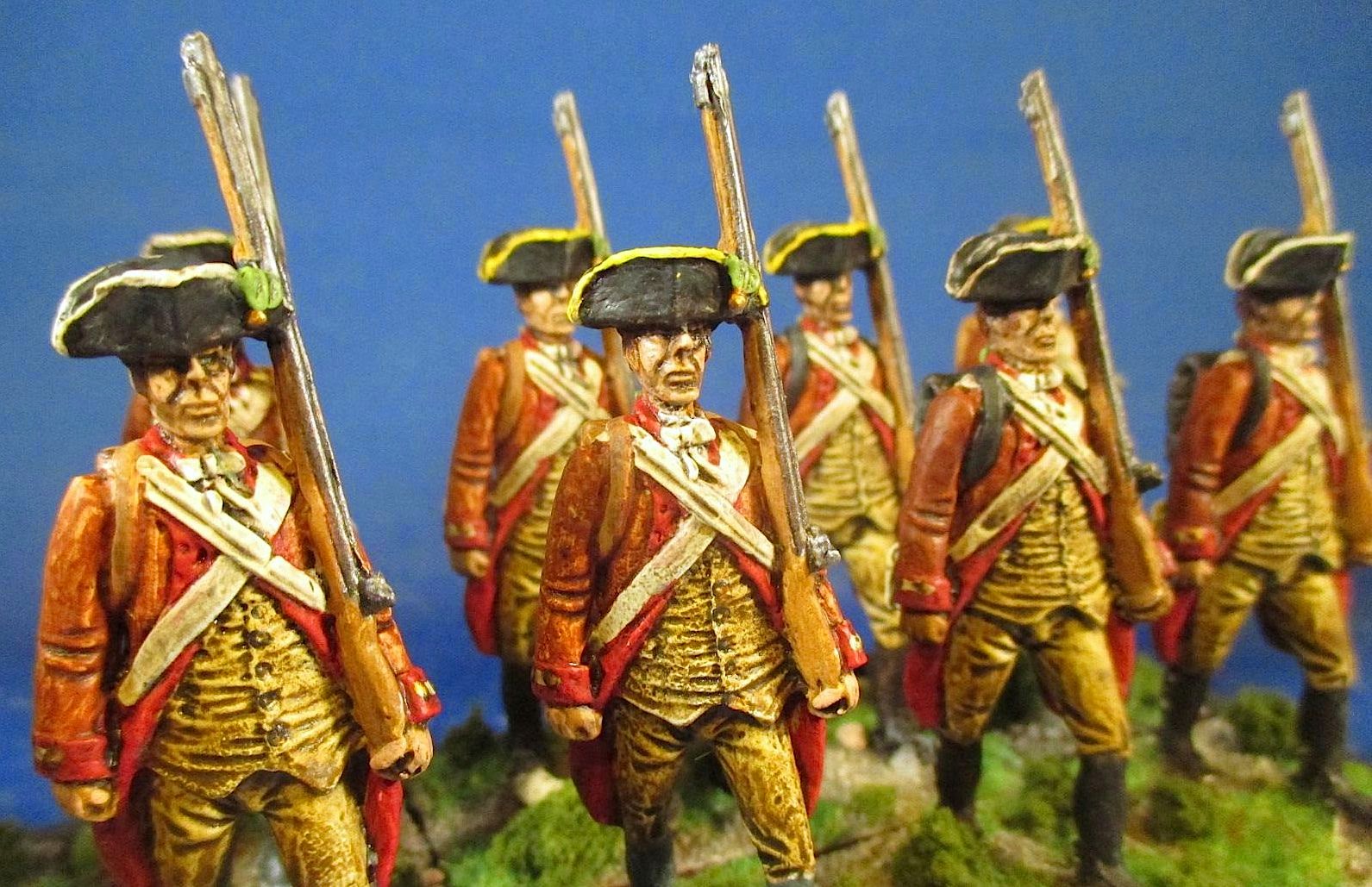 These are your typical colonial regulars. I painted these up in brown coats to distinguish them the blue coats I did earlier. They could serve as state troops or as regulars. I mixed up a few colours (gaiters, hat ribbon, backpack colour) as I painted so they are uniform but with variation. 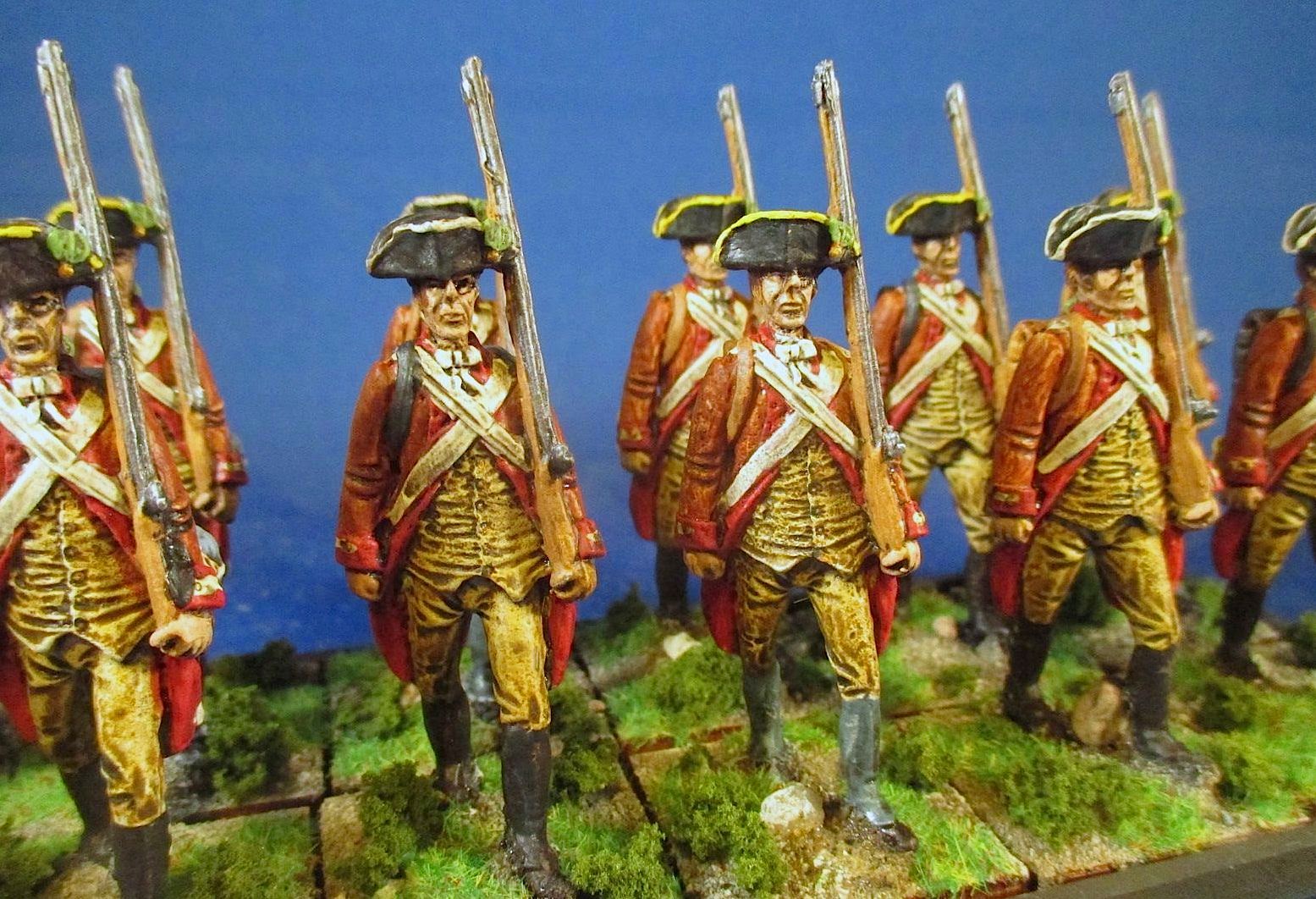 I love how a picture shows up all manner of things I don't see when looking at the figures. Above, the guy on the very left appears to be Locutus of Borg (just a shadow around his eye!). Below you can see a front-back shot. 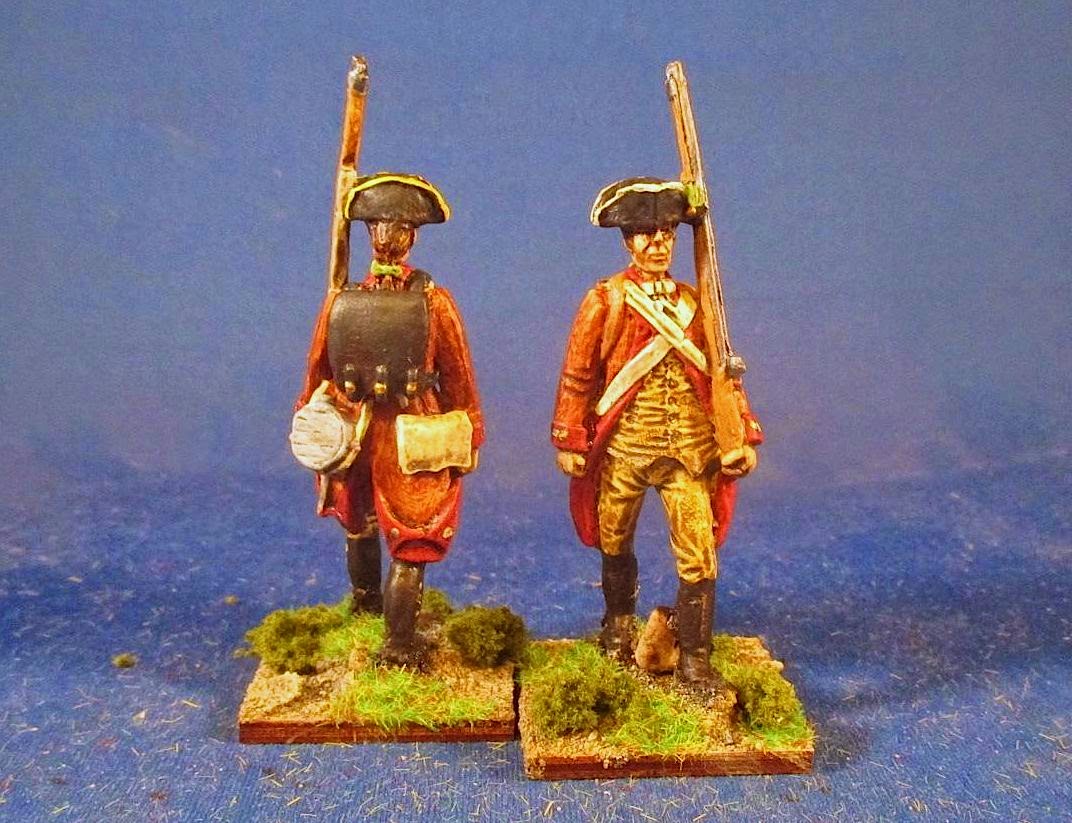 I picked up some paint-on dull coat on the weekend and tried it on this unit. You can see the difference in the shot below and I will go back over the other units that I've done to dull them up some.

Painting over white primer has forced me to re-learn some lessons. I'm currently working on some skirmishers in hunting shirts. I went to give one guy a wash using dark cherry red and his shirt came out hot lavender. Hardly a new mistake, just one you think would have stuck with me over the years. 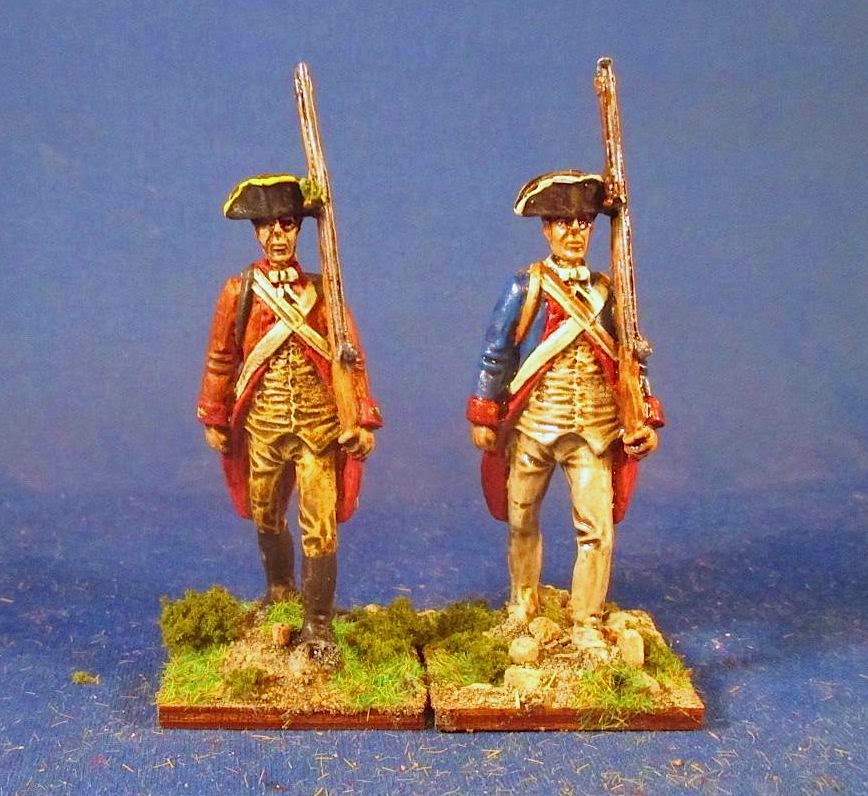 Up next: Club night tonight and then maybe some more 15mm WW2 if the weather will cooperate enough for me to spray prime a bit.
at 6:36 AM