Fire in the Lake

Bruce returned from the Sentry Box with a copy of Fire in the Lake, a board game about Vietnam. The game provides for up to four players on two teams, although you can play with up to three of the "players" programmed (so you can solo). The allied players are also friendemies, with conflicting victory conditions and other dynamics. 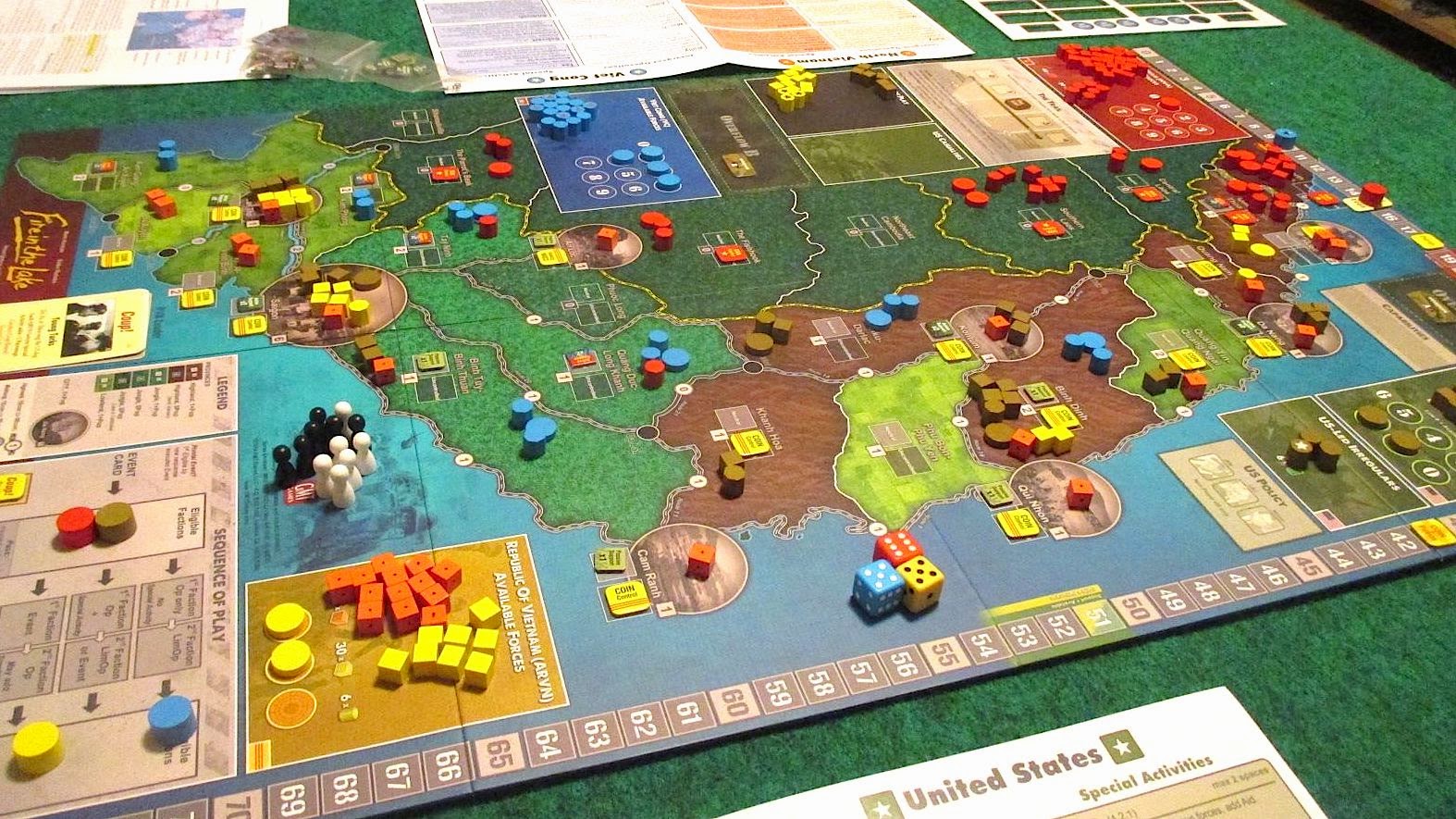 There are military, economy and political dimensions to the game. The core mechanic is card-based where you know the current card and the next card and what the active player does affects the options for the next player and only two players (in a sequence determined by the card) can play per turn but at the cost of playing next turn (confused yet?). Then there are multiple options, all of which have only incremental immediate effects on the board (frigging insurgencies!) but add up on the long-term. 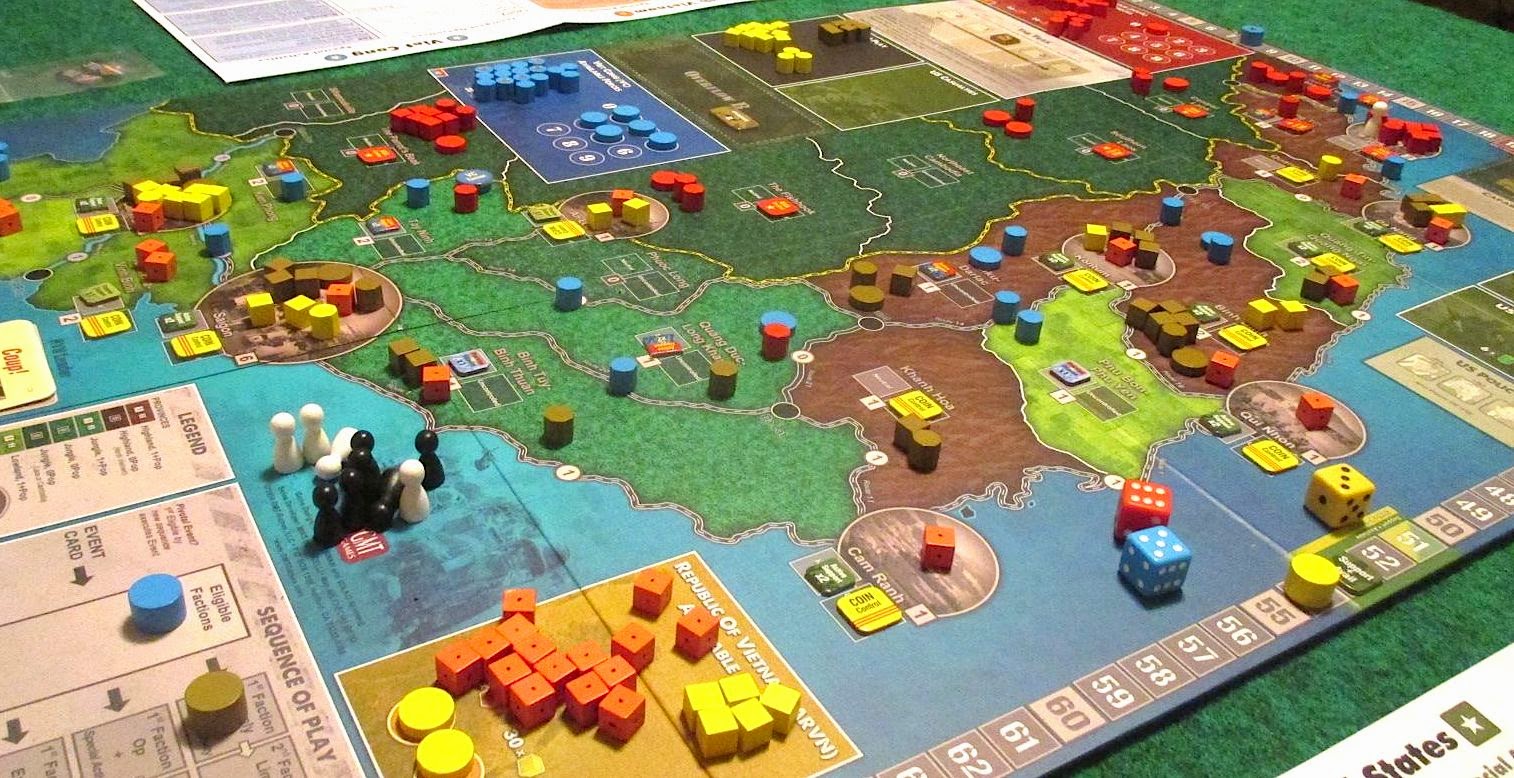 We managed to play most of the rules right (I think). The US won but I have no idea how or why. This looks like a very complicate dame to get good at with lots of opportunity-cost decisions. I'd certainly play again but only after reading a bit on BGG so I had some sot of game plan.

Up next: Some 15mm WW2 American vehicles are drying.

This looks great but intimidating. I would like to try some of these COIN games at some stage.

Yes, definitely a learning curve! I would think there are a lot of strategies to choose among!