With the holiday rapidly coming to an end, I have managed to finish up the rebel forces for my 54mm AWI army (for now, anyways!). Today I have a bunch of command bases. 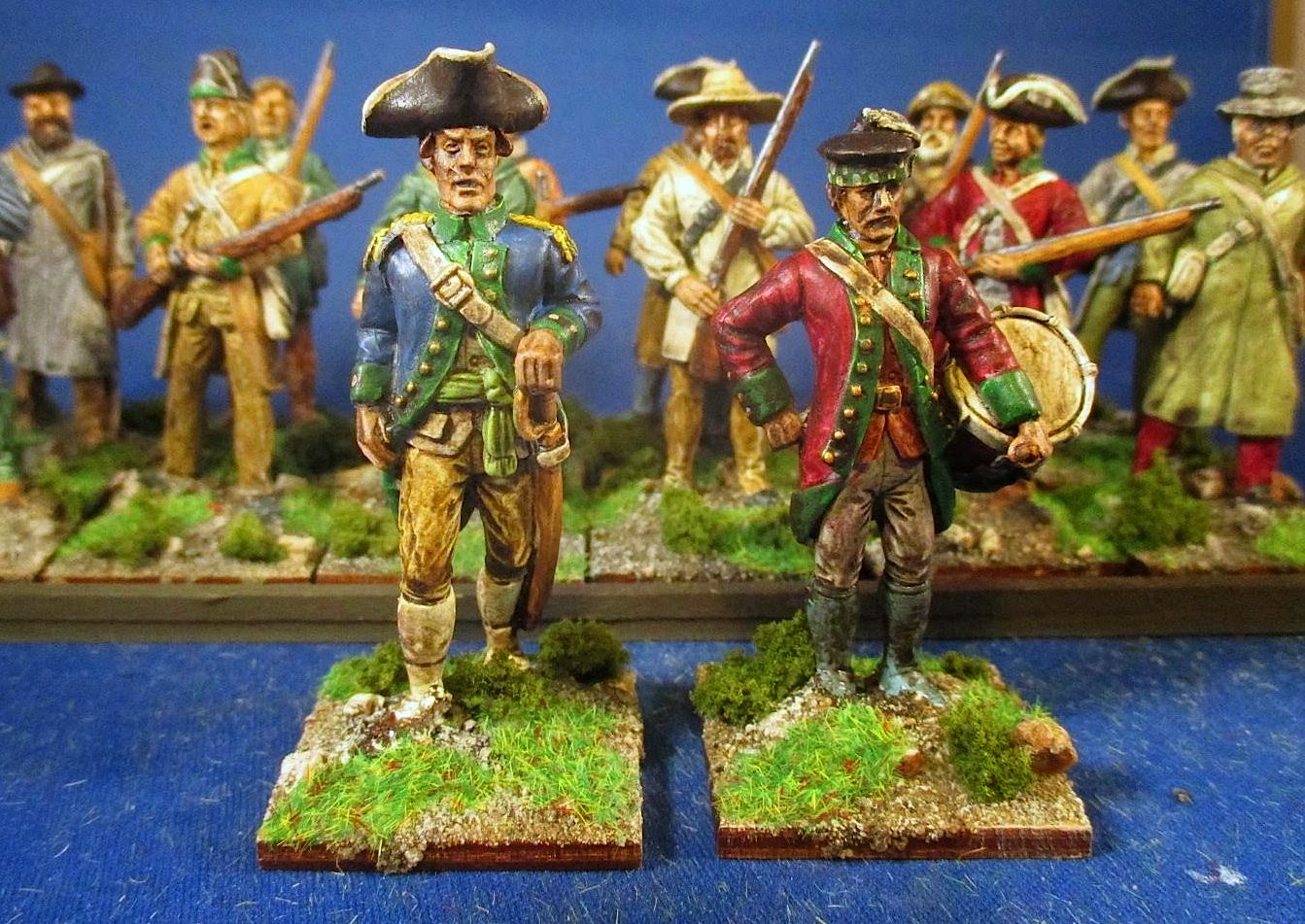 First up are a commander and drummer for the militia unit I painted last week. I put the officer in the duds of a regular (whether he was assigned the unit or is just a local land owner with pretensions, is hard to say). The drummer I put in the wine-colours jacket that matched one of the figures in the unit (perhaps the commander's sons?). No idea why his hat has a checkered band. 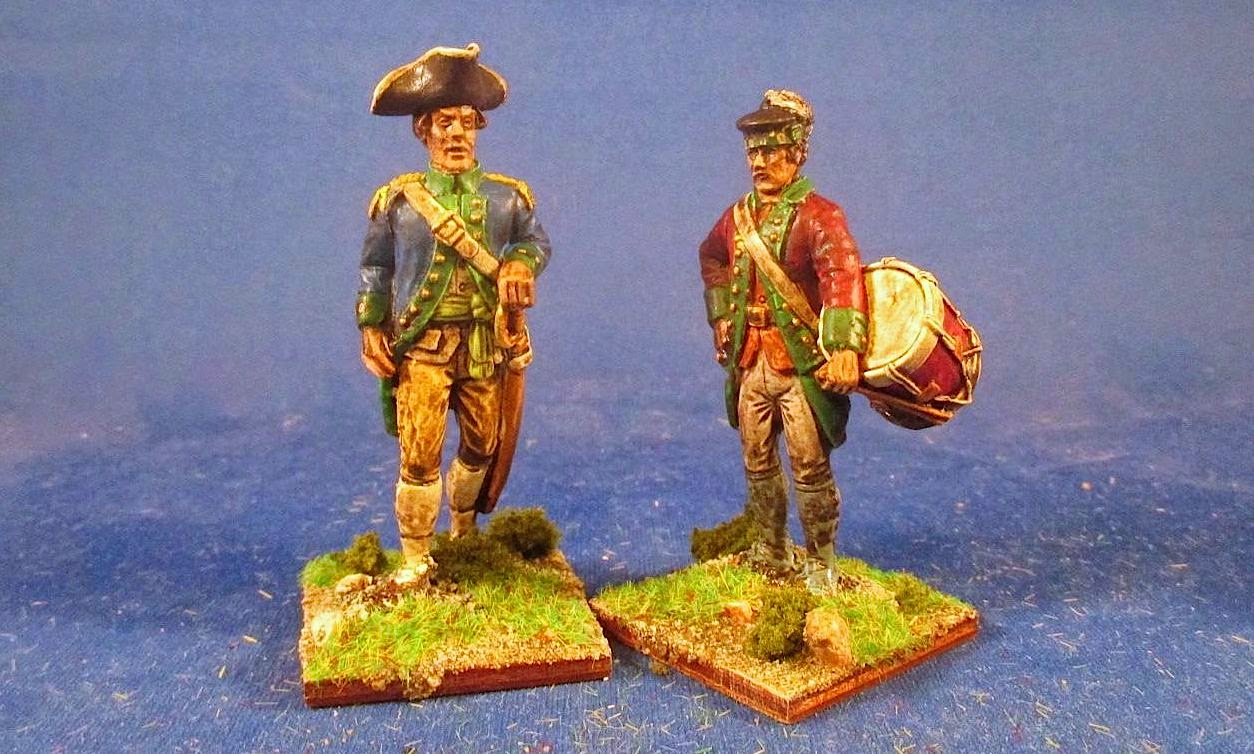 The unit of light skirmishers in hunting shirts also came with a command stand. These guys I painted as regulars with yellow cuffs and turn backs. I expect I will eventually have a unit of regulars in these colours so the stand could do double duty. The bugle is a nice touch. 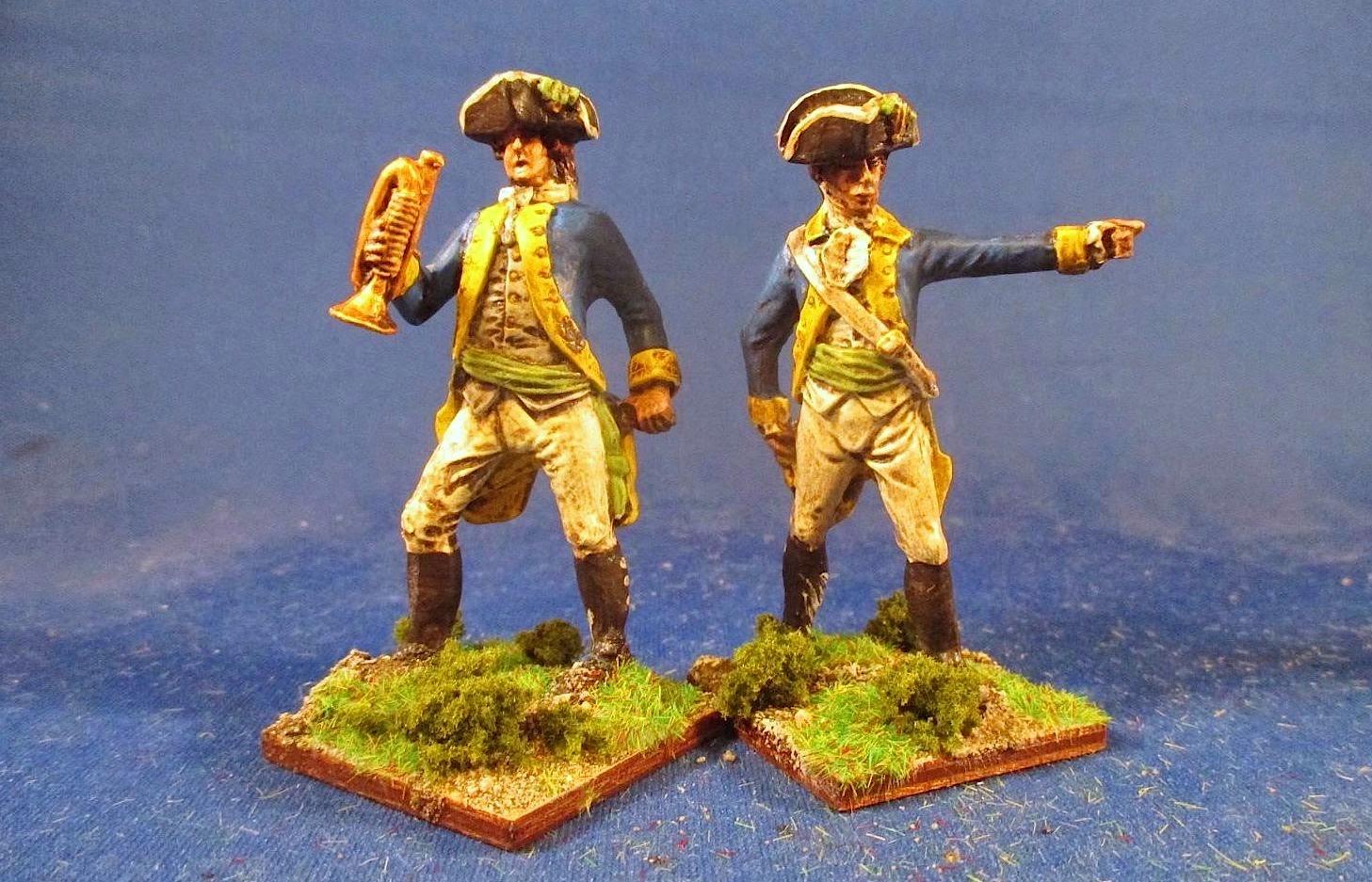 The state troops I painted awhile back also needed some command units. These guys were painted to match. Ken supplied a lovely pdf flag that I printed out. 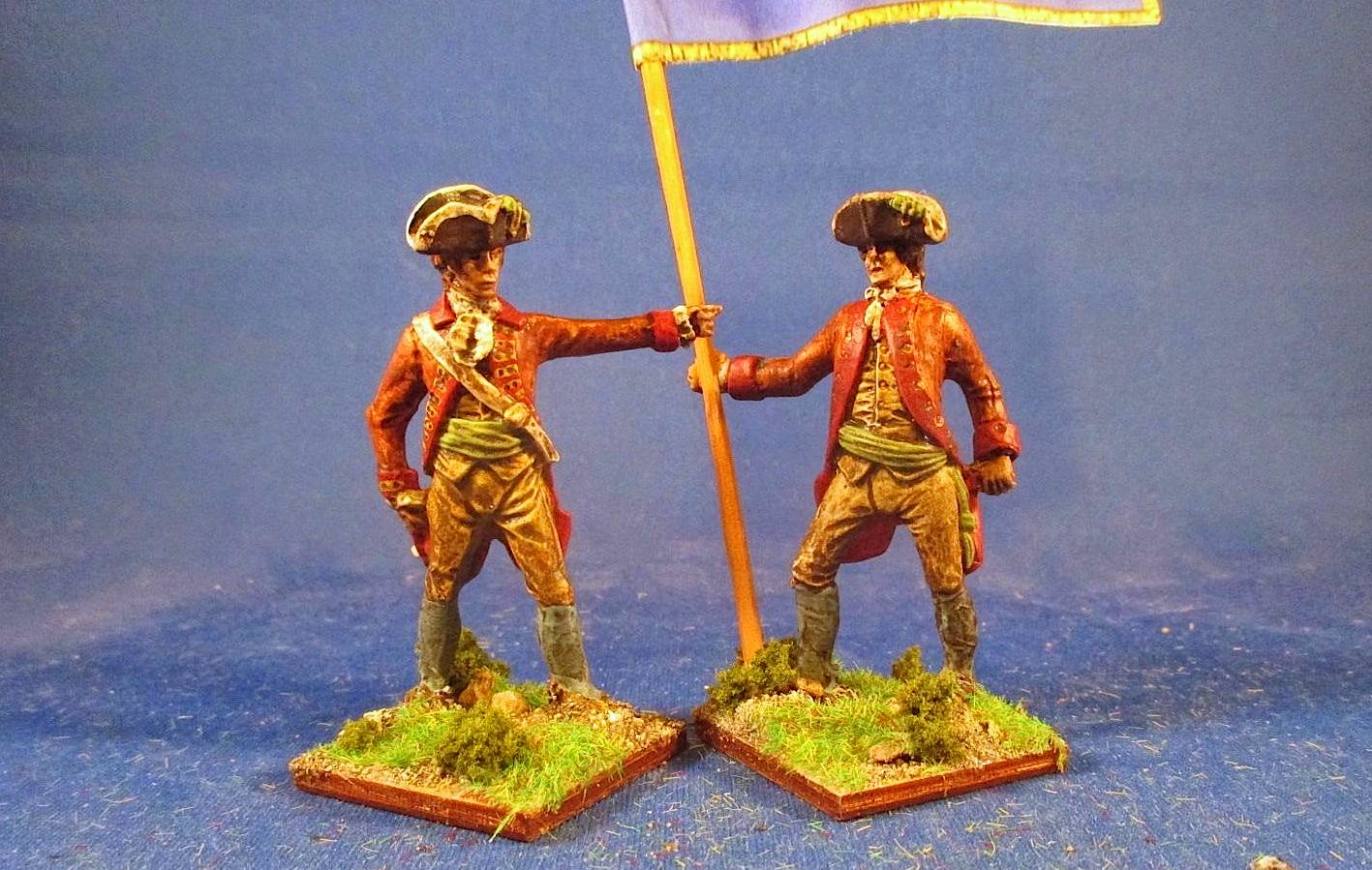 Here is a wider shot so you can see the flag. It is less washed out in person--the paper has a bit of a sheen to it. 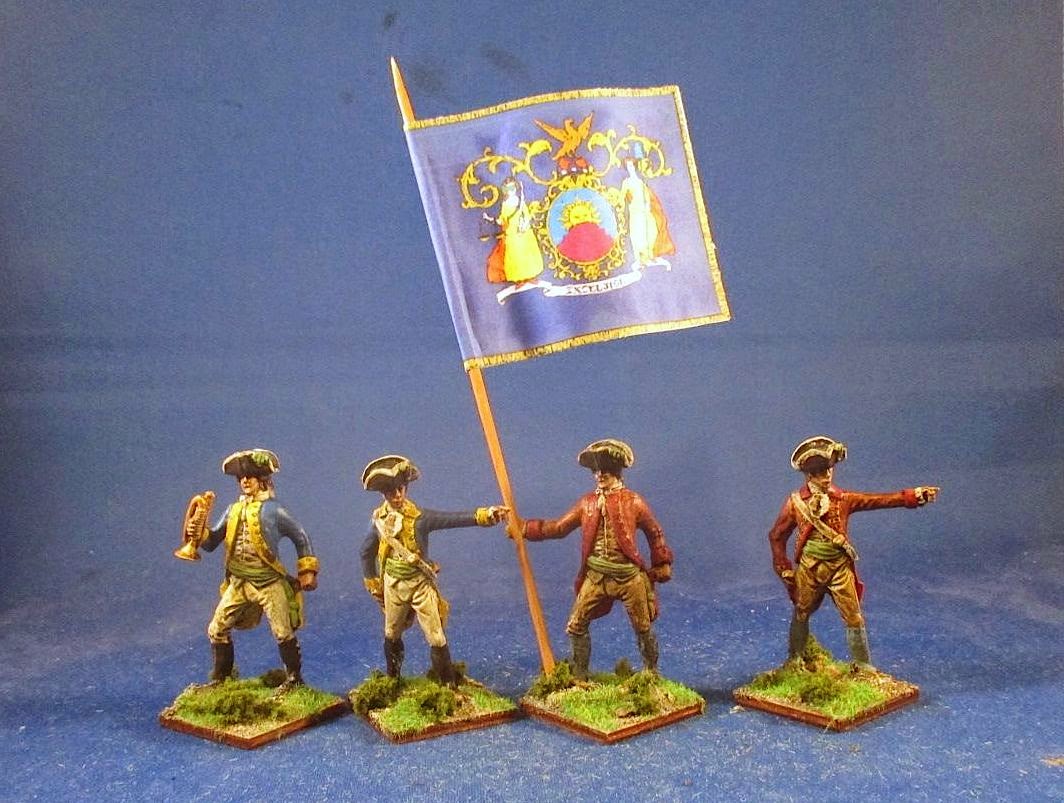 Up next: Bruce is dropping by today for some CCA and CCN action. And I have the rest of the rebels (a cannon, crew and command) drying. Then onto the British in the new year.
at 5:00 AM