Over the weekend, I made some progress on a large 15mm US armoured commission I took on. The tanks came assembled and mostly base coated so I decided to finish those first.

His can was slightly darker. Not really an issue (as the tanks would have been a grab-bag of runners at this point and he wanted a beat-up look) but the darker OD creates some challenges (see below). 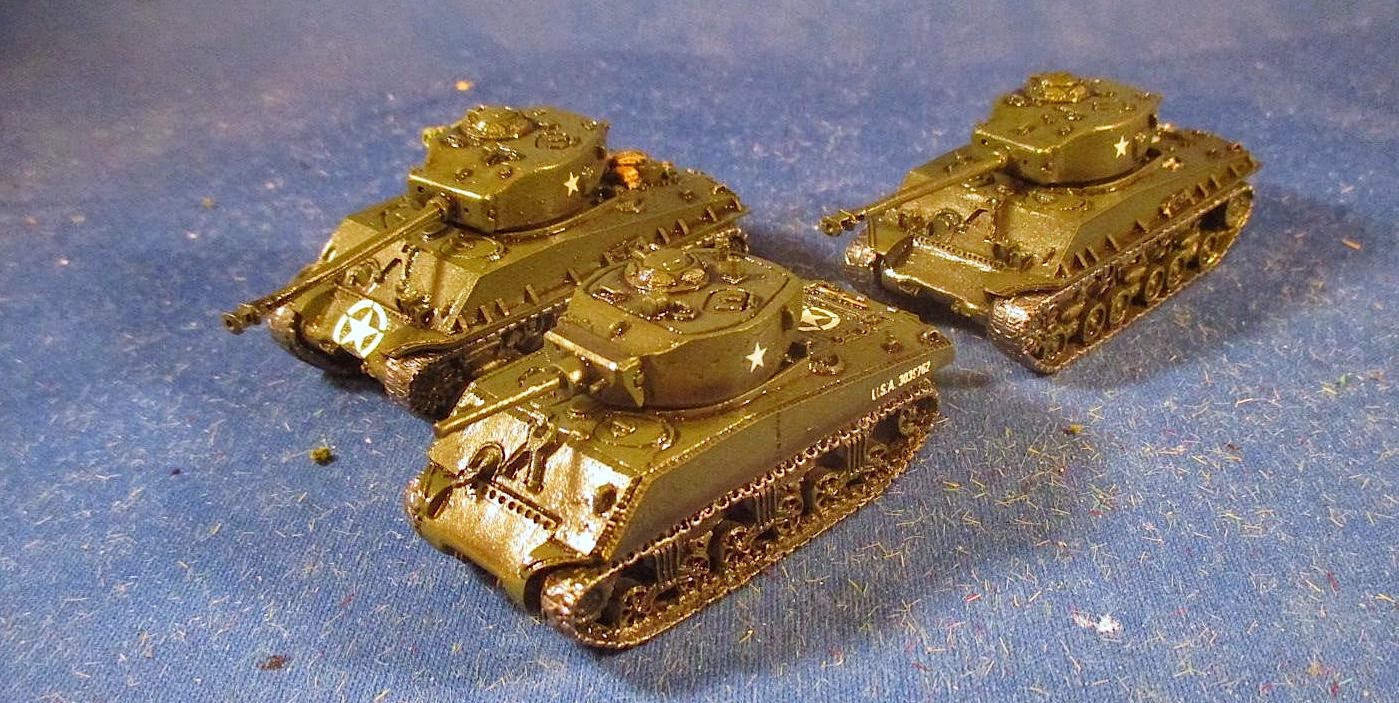 The rest of the tanks include two Easy Eights and a Jumbo Sherman (above) along with four tank destroyers (below). I think these are with 76mm guns (can't recall the name), not the 90mm Jacksons. Sorry the picture is so blurry!

There were also three groups of halftracks. The first unit painted up just fine.

I was asked to paint the second unit with a black and green pattern to visually distinguish it from the first unit. While you can see the pattern (below) under studio lights, in regular gaming lighting there is inadequate contrast between the green and the black (the black just disappears). So I used star decals without the circle on the hood to differentiate them.

There was also a group of mortar halftracks.

And a pair of jeeps (I see I need to do their bases yet).

In exciting news, after waiting almost two years, GMT has reprinted the second and third CCA expansions and my copy arrived this afternoon! 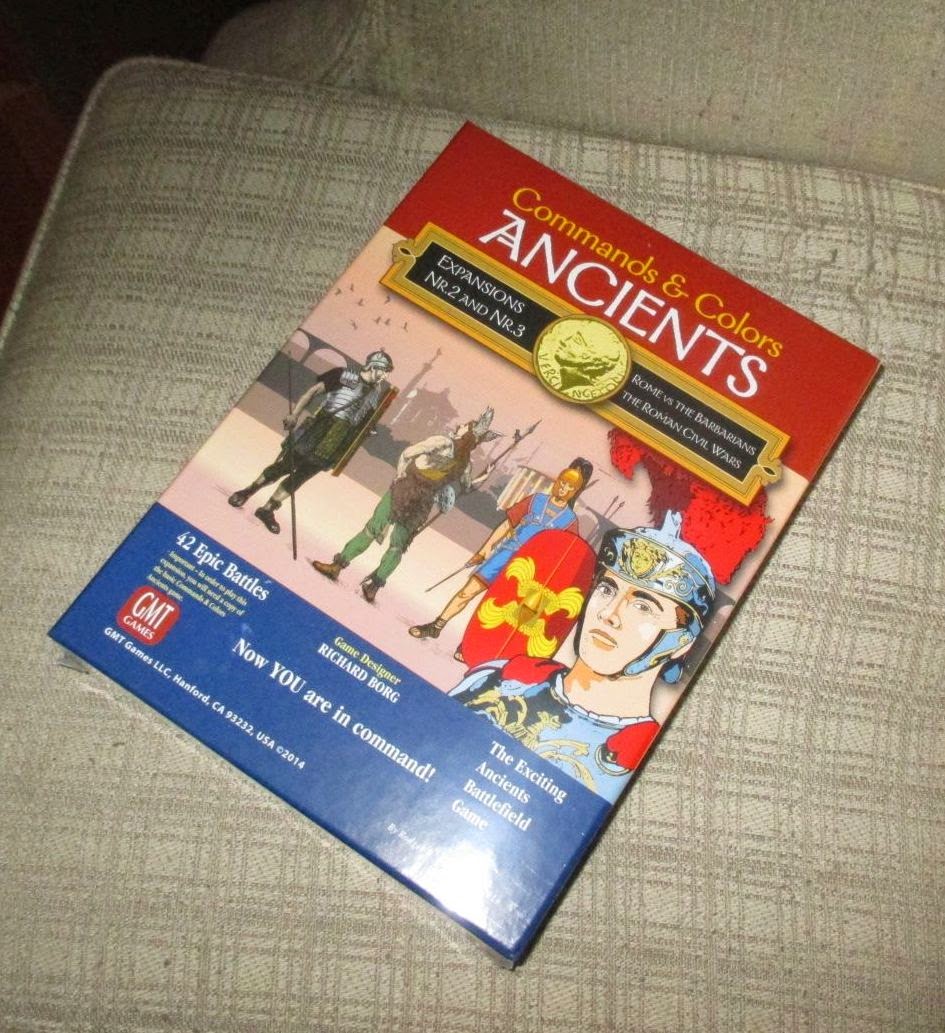 Up next: I'm working on a bunch of 15mm artillery pieces and troops to go with the tanks. There were detailed instructions on uniforms so I am carefully following them! And the club meets for the last time in 2014 on Tuesday.
at 5:00 AM

I imagine that CCA expansion will sell out quickly, I better see about getting a copy.